On Wednesday, emails sent by SnapChat CEO Evan Spiegel to his fraternity brothers about four years ago when he was in college leaked on the Internet. They were filled with misogynistic comments like, “Hope at least six girls sucked your d***s last night,” calling sorority girls “frigid” and planning to feed them as much alcohol as possible.

What do you expect from a frat? It might be easy to dismiss these emails with a “boys will be boys” mentality. Spiegel’s exchanges certainly are not unique among college men in frats. Spiegel apologized. He’s (slightly) older now and maybe sort-of wiser.

But frat bros like Spiegel grow up to become heads of companies that dominate the tech industry like SnapChat. The people creating the apps and devices we use and that shape our society are mostly 20-something males, many of them formerly in frats. And they don’t grow up that fast: Just look at the RapGenius co-founder who was ousted from his company over the weekend after making annotations on alleged UCSB killer Elliot Rodger’s misogynist manifesto that included calling Rodger’s sister “smokin hot.”

Men who have made sexist remarks to a large group are all over the tech landscape, and they deter women from tech. That’s a problem for three reasons: women are the majority of the tech consumers, and we need women engineers to build apps women would actually use; tech companies are more successful when women are helping to manage them; and we don’t have enough computer science grads to fill all the jobs opening up in this sector, so we need to recruit the other 50 percent of the population purely for economic reasons.

Imagine what apps would look like if more women helped develop them. SnapChat was conceived as a sexting app but has turned into a new social media phenomenon, thanks in part to women simply adapting the app to their own needs. A great article in Fast Company tells the story of one all-male development team that built an app for finding babysitters (great idea) but designed it such that women with long fingernails—i.e. a significant number of their potential customers—could not use it.

Titstare is the most notorious example of too much testosterone at a startup. Elissa Shevinsky, CEO of Glimpse Labs, felt uncomfortable when she was forced to watch a pitch at TechCrunch Disrupt for the app called Titstare that allows you to take photos of yourself staring at breasts. She became angry when her business partner, Pax Dickinson, then took to Twitter to defend the Titstare founders against accusations of misogyny: “It is not misogyny to tell a sexist joke, or to fail to take a woman seriously, or to enjoy boobies.”

After 14 years in the tech world, she decided she’d had enough and wrote a treatise about the sexism in the industry called, “That’s It — I’m Finished Defending Sexism in Tech.”

She points out that sexism isn’t a problem at every company, but it’s bad enough that women have to be picky about where they work. “Sexism isn’t evenly distributed throughout the industry. Some companies are much better (and worse) than others. The experience of at working at a company like The Knot (which is all about weddings) or even at Facebook is going to be different than a young company run with a primarily male workforce like GitHub,” she tells TIME. “Obviously we want to get to a point where women don’t have to make these close examinations to figure out if an environment will be professional.”

If it seems that products like “Titstare” are increasingly out of touch with consumer needs, it’s because a relatively small demographic is coming up with the newest tech ideas.

Studies have shown that startups with diverse teams are more likely to succeed than those run exclusively by men: researchers at the University of Michigan and Cornell University found that companies with more gender diversity delivered better results from IPOs by as much as 30 percent. Another study by the London School of Economics found that women-led startups failed less often than men.

And yet only 20 percent of software developers are women. By contrast, women make up 56 percent of the people in business and finance jobs, 36 percent of doctors and 33 percent of lawyers. As of last spring, Google—which has a better female to male ratio than startups partially because it has an HR department unlike fledgling tech companies—said only a fifth of its engineers are women.

Which brings us to the last problem: we simply need more engineers. “I really do believe that this is the most important domestic issue of our country. Seventy-one percent of the STEM jobs are in computing, and less than 18 percent of computer science degrees are given to women when we make up 56 percent of the labor force. That is an economic disaster, and we are doing nothing to fix it,” Reshma Saujani—founder of Girls Who Code, a national nonprofit organization working to close the gender gap in the technology and engineering sectors—told TIME. “In fact we’re emphasizing in the post-Social Network, everyone wants to be Mark Zuckerberg world, we’re emphasizing even more to young girls that this world is not for you.”

Of the women who do join the tech field, 56 percent leave mid-career, according to Harvard Business School research. A third of the women who leave move to non-tech jobs—jobs where the climate is more welcoming to women.

“I’ve been harassed, I’ve had people make suggestive comments to me, I’ve had people basically dismiss my expertise,” Ashe Dryden, a programmer who now consults on diversity in technology, told the New York Times. “I’ve gotten rape and death threats just for speaking out about this stuff.”

Even women who endure this harassment or are lucky enough to avoid it, must fight to be taken seriously simply because of their gender. Researchers at Wharton, Harvard and MIT found that when they played investors two recordings of the exact same sales pitch—one read by a man, another read by a woman—the investors preferred the idea when read by a man’s voice two to one. This “boys club” atmosphere bars women from success.

Spiegel’s emails matter because they represent a greater problem in Silicon Valley: few women will want to work with men like Spiegel when they could go somewhere else. 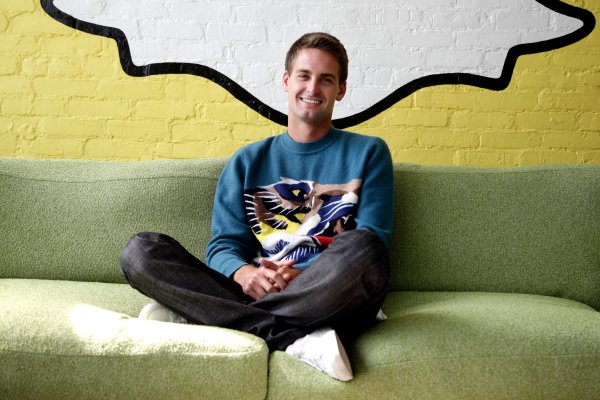