Since 2012, Caterina Fake — best known as the co-founder of Flickr — has been quietly rolling out her new startup’s service, Findery, in slow-motion. It’s been a web site you could use on a PC or phone; it’s been available as an iPhone app, but only in Australia.

Today, Findery is debuting on the iPhone in the U.S. Described in the most generic terms possible, it’s an app that lets you associate text, photos and videos with locations in the real world, then share them with other people. That doesn’t really tell you much about it, though, since you could say the same thing about everything from Foursquare to Instagram.

In fact, in some ways the easiest way to explain Findery is to say what it isn’t. Unlike Foursquare, with its emphasis on local businesses, Fake says that Findery isn’t “transactional.” It also doesn’t aim to help you engage in what she calls “social peacocking…a highlight reel of people’s lives, not an accurate representation.”

Instead, Findery is animated with some of the same spirit as Flickr. Like that photo-sharing network, it’s focused on letting people share interesting stuff about the world around them. In this case, the sharing is done via location-specific notes, which are brief snippets of text that can embed images and videos. You can also combine multiple notes — ones you created yourself and/or ones posted by others, located anywhere on Earth — into a notemap.

Fake says that the most typical first action that new users do is to post a note about their favorite coffee shop. That’s fine, but it doesn’t encapsulate the concept. “People’s assumption is that it’s for restaurant reviews, maybe there’s deals, I can find out where my friends are eating — more venues-based,” she explains. Instead, notes and their related content are more like blog posts: a medium that’s capable of expressing almost anything.

The company didn’t put any arbitrary limit on the amount of text a post can contain, but users gravitated towards entering just enough words to fill up a smartphone screen. “The optimal size is about 100 words,” Fake says. “Longer than a tweet and shorter than a blog post is the ideal.”

Like Flickr, Findery is a social network — you can follow users to keep tabs on their creations — but it’s likely that some of the stuff you’ll find most fascinating will be created by utter strangers. So using its own equivalents to Flickr’s famous “interestingness” alogorithms, it uses various techniques to identify and promote the notes and notemaps with the most to offer to the largest number of users. Over time, Fake says, it’ll get smarter at showing you stuff based on what you’ve liked, whether your interests skew towards American history or the Kardashians.

You can use a variety of methods to peruse notes and notemaps. There’s a “Discover” feed of worthwhile items posted anywhere. Or you can pull up nearby ones, or use search tools to find them by topic or location. Some of the ones I found: “Trees of San Francisco,” “Tennessee is for Adventurers,” “Odd Museums,” “Famous Movie Locations in L.A.” and “I <3 Hong Kong.” There are also notes for plenty of specific locations, such as Lisbon’s Santa Justa Lift. They vary in ambition and polish, but all show the potential of the basic concept.

More than many social networks — but again, like Flickr — the notion is that Findery can be a repository for content of broad appeal and lasting interest. It’s still in the process of filling up with material, Fake says. “Dubai has a ton of stuff, but does Louisville? I don’t know. But it just gets better with time.”

“We’ve got something on almost every block in Manhattan already. It’s kind of remarkable.”

Eventually, Findery plans to make money by allowing businesses to post sponsored notes and notemaps. Fake says, however, that companies are already diving in and creating ones that are quirkier and more engaging than the ones she imagined: American Eagle Outfitters, for instance, has shared outtakes from photo shoots. As with any truly good social idea on the web, Findery is going to be shaped as much by the people who use it as those who created it — and it has plenty of potential to go interesting places. 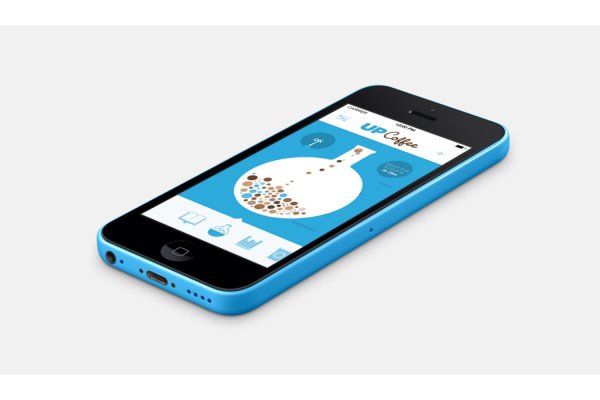 Attention Caffeine Addicts: Jawbone's Up Coffee App Is for You
Next Up: Editor's Pick