During his interview with Brian Williams on NBC last night, Edward Snowden took the time to give a plug to a classic HBO show, neatly timed to the arrival of the network’s back catalog on Amazon Prime Video. Well, not necessarily an unqualified plug: “I’m watching a show right now about surveillance called The Wire,” he said. “I’m really enjoying it… Second season’s not so great.”

It may be a little limiting to call the series–about the drug war, systemic poverty, government, and the failure of institutions in Baltimore and America–simply a show about surveillance, but that is where the title comes from: the first season, and subsequent storylines in the series, involved the police use of a “wire,” or wiretap, to trace the movements and activities of drug-gang members. Over the years, the drama had a complicated attitude toward police power: it showed respect for the painstaking work of cops like Lester Freamon (in the video clip above) trying to be “good police,” while constantly questioning the bigger picture of their work–like whether the hunt for drug criminals was doing anyone any good. And the series itself was a corrective to the tradition of TV shows that portrayed cops as our one line of defense from a sick, sad world full of threats–just trust them and don’t tie their hands, or all those boogeymen will get us. (Incidentally, also President Obama has called it his favorite show. Maybe they can chat about it some day!)

It’s also an interesting shout-out from Snowden, because in a blog post last year The Wire‘s creator David Simon, no unquestioning fan of the security state, said that the furor over Snowden’s revelations–namely, the charge that they represented a violation of liberties–was “bullshit”:

Plenty of other people have tried to adjudicate this argument. (Simon, by the way, does not address Snowden by name, except once in the comments.) But in broad strokes it comes down to whether the issue with data collection is the fact that the government has this power at all or what it specifically does with this power. The Simon argument is that the collection is building a general trove of information for later investigations–the question is whether those investigations, if any, violate someone’s rights. The argument of Snowden’s supporters is that the fact that the government has this potential omniscience is in itself terrifying and a violation of freedoms, regardless of how or why it is ever used.

I’m sure I’m oversimplifying everyone’s positions here. But whatever his and Simon’s disagreements, I hope Snowden sticks with The Wire. Season 4, possibly the best season of television ever, period, is a heartbreaking picture of how poor city kids become lost causes by middle-school age; even the last season, the show’s weakest, would be the best season of most other dramas. And Snowden’s maligned season two involves the collateral damage of national security, as an organized crime kingpin gets of the hook for drug and sex trafficking because of his potential as a terrorism informant for the FBI. Even earlier, the show, which debuted in 2002, referenced how fears of terrorism had eclipsed domestic crime where law enforcement was concerned: one character says a gang bust is irrelevant to his bosses because “all those mopes in bracelets, and not one of them is named Osama.”

But let’s say Snowden is going to be in exile for a while and will need some more binge-watches; there’s plenty of TV out there telling interesting stories about the security state. CBS’s Person of Interest, in many ways, comes from the sick-sad-world crime-show tradition that The Wire opposes: in it, a computer genius and a former spy use a powerful program and surveillance technology to prevent violent crimes.

But over the course of three seasons, the show has become surprisingly nuanced and dark, for a mainstream TV show, about the implications of the technology its characters have relied on to keep innocents safe. At the same time that it has us root for its protagonists, it also lets us see them as vigilantes harnessing systems that violate our every secret–systems that, in many cases, we’ve willingly signed up with for consumer convenience. As producers Jonathan Nolan and Greg Plageman put it in an interview with Buzzfeed’s Kate Aurthur:

So: Relevant to your interests, Edward Snowden! Still, Person of Interest has only run three seasons: what next? Also on CBS, The Good Wife has over five seasons become TV’s unofficial legal-technology procedural, building cases around Bitcoin and SEO algorithms. And this past season, it overly worked the NSA revelations into its story, in a way that both made the snooping more TV-dramatic but also gave the discussion more shades of gray. Here, the NSA didn’t just collect metadata but had staffers actively listen in on phone conversations of Alicia Florrick and her associates, in an investigation connected to her husband, the governor of Illinois.

The story put the audience on the side of Alicia and company, whose privacy we saw violated (and who eventually discovered the snooping and put it to a halt). But the season finale flipped the scenario. During a takeover battle with Alicia’s former firm, Alicia’s colleagues discovered that the rival firm had inadvertently left their webcam on after a teleconference: in effect, they had live video feed from the enemy camp. After a brief discussion of the law and ethics of the situation, they left it on–and left the audience, who was after all rooting for Alicia, on the side of the snoopers.

It was, ironically, a more sophisticated framing of the surveillance issue than the one NBC gave its own interview, as it invited viewers to make black-and-white judgments with tweets hashtagged #patriot or #traitor. The Good Wife, on the other hand, challenged its viewers’ certainty, asking them whether #patriot or #traitor depends which side of the webcam you’re on. Edward Snowden, you might want to add it to your queue. 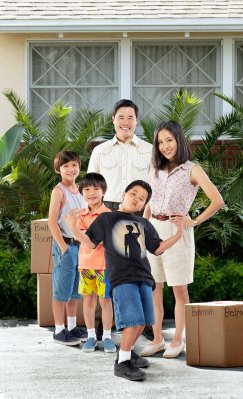 Network TV, Now In Living Color
Next Up: Editor's Pick