There’s a new trailer out for the Quvenzhané Wallis-led Annie, due in theaters in December — and observant listeners who are fans of the original will notice something peculiar around minute marker 1:45.

It’s not the all-caps THERE’S ALWAYS TOMORROW or the helicopter views of Manhattan. It’s the song lyrics in the background, from the Annie classic “It’s the Hard-Knock Life”: “No one care for you a smidge / when you’re a foster kid.” If the meter sounds a little off, that’s because the original line had another syllable, for “when you’re in an orphanage.”

Extra syllable and less-than-perfect rhyme aside, it’s clear why the lyric would have been changed. This Annie takes place in today’s world, not during the Depression. As a spokesperson for the New York State Office of Children and Family Services, which is the state’s oversight agency for foster-care placement, tells TIME, “We in the state of New York do not use the term orphanage.”

Though orphanages were prevalent around the turn of the last century, they were already on the way out by the time the original Annie took place. According to the advocacy group Childrens’ Rights, early foster systems, known as “boarding out,” began to take their place, as it became clear that large, institutional orphanages could damage children. They haven’t totally disappeared but the word has faded from use. (Outside the U.S. it’s more common, and even domestically there do exist privately-run homes that might fall under a broad definition of “orphanage”; in 1994, Republicans in Congress suggested that going back to the orphanage system everywhere might be a good idea for the U.S.) Tracking the use of “orphanage” versus “foster care” makes clear that the former has gone out of fashion overall, especially since the late 1970s.

As for Annie, going from an orphanage to foster care isn’t the only change she’s seen: around 1:10, it’s clear that the words to “Smile” — a song chock full of ’30s references — have been altered too. No word yet on what they’ll do with “We’d Like to Thank You Herbert Hoover.” 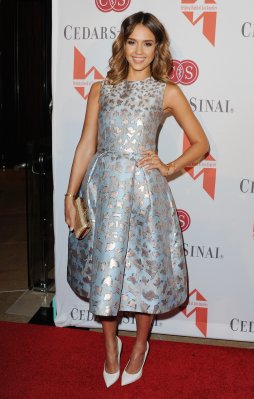 WATCH: How Jessica Alba Got Fit for the New Sin City Movie
Next Up: Editor's Pick