Lana Del Rey can now add “philanthropist” to her resume after doing the oh-so-charitable act of performing at the #worldsmosttalkedaboutwedding for free. That’s right — despite rumors that Kanye West paid her lots and lots of cash to sing at the pre-wedding bash before he married Kim Kardashian, the “West Coast” siren told a TMZ camera man that she didn’t charge the happy couple a dime.

“I would never let a friend pay me to sing at a wedding,” she said. And who could argue with that? The world’s only worth living if somebody is loving you. 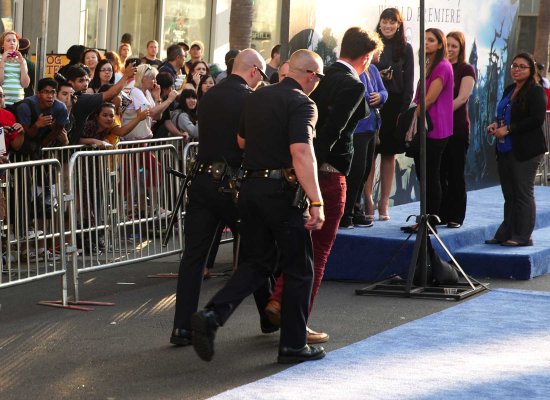 Pitt Gets Punched In the Face on the Red Carpet
Next Up: Editor's Pick