A magical creature known as the “Weed Fairy” made her way to Seattle this past weekend to flit around and give away free marijuana to “keep spirits high.”

This illustrious weed fairy — who we’d also dare call a goddess of ganj — is really a 23-year-old woman named Yeni Sleidi. She visits various cities to post flyers with nuggets of pot taped to them:

Originally from California, the Weed Fairy is only in Seattle for a few weeks, she told local Fox affiliate KCPQ. She has done the same thing in New York a few months back, and positive feedback encouraged her to keep it going. Naturally, though, some people are skeptical.

“I think people are a little worried, because this is something new, and suspicious,” Sleidi said. “But it’s real weed and it’s not dangerous. It will get you high.”

Since weed is legal in Washington and not New York, this time around Sleidi didn’t have to worry as much about keeping anonymous. Over the weekend, she managed to give away around 40 nuggets.

Now, if only if a Popchips Fairy would start doing the same thing. Make it happen, somebody. 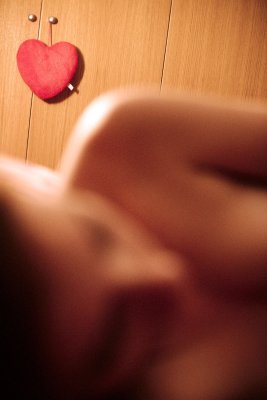 Germany Makes it Illegal to Keep Ex's Nude Photos
Next Up: Editor's Pick