Pope Francis greets the faithful as he arrives at Copacabana Beach to celebrate mass on his sixth day in Rio de Janeiro, July 27, 2013.
Ueslei Marcelino—Reuters
By Elizabeth Dias

Pope Francis has been Pope for almost a year, and now there’s actual data to support a trend everyone has noticed: Pope Francis is one popular dude.

A new Pew Research Center report released Thursday finds that U.S. Catholics overwhelmingly have a favorable view of the Holy Father. More than half view Francis very favorably, and a third view him mostly favorably, giving Francis a net favorability rating of 85%. That’s generally about ten points higher than Pope Benedict XVI’s overall favorability ratings between 2005 and 2013, but a few points shy of Pope John Paul II’s ratings that soared to 93% two decades ago.

What’s most interesting about the report’s findings however is not that Francis is popular—that’s been fairly obvious—but rather that his papacy coincides with the growth of Catholics’ personal expression of their faith. Over the last year, a quarter of Catholics say they have become “more excited” about their faith, four-in-ten Catholics say they are praying more, and one-in-five say they have been reading the Bible more often. The survey questions did not explicitly tie personal religiosity to Francis, but did indicate a more intense religiosity among Catholics since he has been the Holy Father. 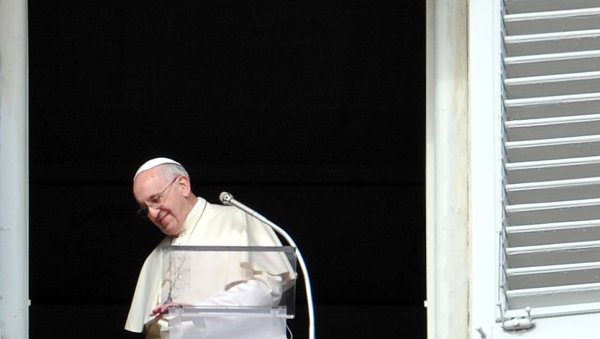 Pope Francis: Don't Call Me Superman
Next Up: Editor's Pick