In late May, citizens from across the European Union’s 28 member states went to the polls to elect 751 lawmakers to the European Parliament, which debates and passes E.U.-wide legislation. The results shocked the continent. Parties on the far right—from Greece’s neo-Nazi Golden Dawn to more-mainstream groups that advocate leaving or dismantling the E.U.—scored spectacular gains, tapping into anger and mistrust fueled by the euro-zone crisis and the years of austerity, recession and unemployment.

Though the focus was on domestic issues, one of the more curious aspects of their campaign was an outpouring of praise for Russian President Vladimir Putin, who seized Crimea after a pro-European movement in Ukraine ousted the country’s pro-Russian President in February. Hungary’s far-right Jobbik party called events in Crimea “exemplary.” Marine Le Pen, whose Euroskeptic National Front trounced the mainstream parties in France, visited Moscow to pour scorn on E.U. foreign policy.

Such rhetoric is troubling at a time when the crisis over Ukraine has once again put the E.U. at the heart of world events. U.S. President Barack Obama did not make a single stop in Brussels during his first term, instead turning his attention to the Middle East and Asia. But his attendance at a G-7 meeting in the Belgian capital on June 4 will mark his second trip in three months to the city that hosts the headquarters of key E.U. bodies.

It is true that the E.U.’s record has been less than encouraging, as it attempts to balance the interests of its member states. When Nigel Farage, leader of Britain’s Euro­skeptic U.K. Independence Party (and another Putin fan), gave his victory speech on May 25, he said the E.U. had “sent a false message of hope” to Ukraine. He was not entirely wrong. The bloc offered Kiev an economic-association package but failed to understand the pressure Moscow would exert—and then struggled to offer the levels of assistance needed to counter the Kremlin’s tactics.

Consider what happened when the E.U. tried to formulate sanctions to punish Putin for his annexation of Crimea. While European nations agreed to freeze assets and deny entry to dozens of Russian officials, there remains little consensus on deeper sanctions because of vastly differing economic blowback: Britain has Russian money in its banks; France has arms contracts; Germany and many East European nations are reliant on Russian energy. Washington is frustrated by these splits, taking its sanctions much closer to the heart of Putin’s inner circle.

But all is not lost. Even as the results of the European elections began to come in, Ukrainians went to the polls to elect a new President. The victor, a billionaire businessman named Petro Poroshenko, has reached out to Russia in a bid to resolve the crisis, and the Kremlin has responded with a willingness to talk. Known as the Chocolate King, a reference to his confectionery business, Poroshenko is also in favor of closer ties with the E.U., which should respond by doing everything it can to support him.

This is only possible if national leaders across Europe guard against the influence of the likes of Farage and Le Pen on foreign policy. This should not be too difficult: despite roughly doubling their showing to about 140 seats, the extreme parties are still far outnumbered by moderate parliamentarians. But their triumph could affect “how mainstream parties position themselves,” says Stefan Lehne, a visiting scholar at Carnegie Europe, who points out that “considerable segments of the E.U. public are receptive to anti-E.U. and anti-U.S. feelings.”

Shaken by the success of the anti-E.U. groups, mainstream politicians worried about how the vote might influence domestic elections might be tempted to rethink their policies. But now is not the time for the E.U. to become more insular. People did not vote for Farage and Le Pen because of their praise for Putin; they were motivated by a web of domestic political and economic concerns. European leaders must work with the U.S. to make good on their calls for financial assistance to Ukraine and engage in levelheaded diplomacy with Russia, while maintaining a threat of deeper sanctions should Putin renege on his promises. It’s time to redouble their efforts, not water them down. 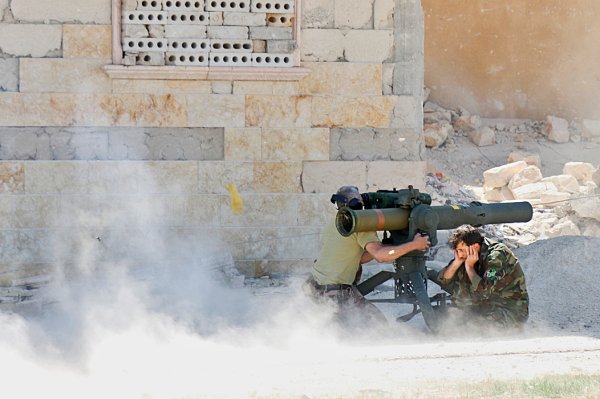 Watch Out for Missile Blowback
Next Up: Editor's Pick