“There’s nothing wrong with the road we’re on/Happy and free for a while,” sings guitarist Dean Wareham on “Happy and Free,” the dreamy soulful final track off of his upcoming self-titled solo record. In a sense, those lines seem to describe this current stage of his life after spending more than 25 years of fronting bands. He first came to prominence in 1987 with the acclaimed Massachusetts indie rock group Galaxie 500, who were known for their slow, psychedelic drone rock. After the group’s demise in 1991, Wareham formed the New York-based Luna and released a series of well-received albums, including the outstanding Penthouse in 1995. Since Luna’s breakup in 2005, Wareham has focused on collaborative projects with his former Luna bandmate/wife Britta Phillips as Dean and Britta. Together they recorded three albums, including 13 Most Beautiful: Songs for Andy Warhol’s Screen Tests.

This past October, Wareham released an EP, Emancipated Hearts, as a precursor to the brand-new solo record (due out this Tuesday) that was produced by My Morning Jacket singer Jim James. In contrast to Emancipated Hearts, which the artist himself described as a rainy day record, Dean Wareham sounds upfront and dynamic as it is atmospheric and romantic – with the common thread being Wareham’s spiraling guitar playing and his world-weary singing. TIME caught up with Wareham, 50, to talk about recording the new album and being a solo artist now.

How does it feel after 25 years of being in bands and collaborative projects to release a record under your own name?

I’m trying to think if it feels any different to have my name on the front – no, it doesn’t. Whether it was Luna or Galaxie 500, I was pretty invested in that too. It’s not like I was a side person in those bands. I’ve always written all the lyrics and melodies for my bands anyway. But it did take me a long time to make a solo album. This has been finished for about a year. So the process wasn’t that drastically different – maybe just more responsibility for me with the writing.

Was there any trepidation at first in going at it alone?

No. I always depend on the people around me. Even though it doesn’t have Britta’s name on it, she was very involved in helping arrange the songs, and so was our drummer Anthony [LaMarca] — and with this record Jim James as well. I think I have to remember when I’m surrounded with musicians who are better than I am that there are still fans who want to hear me play guitar solos and in my own style.

The working relationship with Jim James goes back to about 15 years ago, when you lauded My Morning Jacket’s debut album, The Tennessee Fire, in the press. And then Jim responded in an e-mail.

He kept reading reviews where My Morning Jacket would be compared to Galaxie 500. I mean, they don’t sound like Galaxie 500. I think he said, “We sound more like Galaxie 500 than we do like Eminem.” Also, I became friendly with Jim’s manager, Mike Martinovich, who was a huge Luna fan. He gave me a call one night, I had dinner with him, and then went back to his office and he played me some songs from Jim’s solo album. I thought it sounded great. Mike said, “Why don’t you two think about doing something together?”

Jim invited me down to play at this festival in Louisville he was curating and to stay at his house for a couple of days and see what came of it. We did four songs – three of them are on the album –and actually it was fun. It’s like you’re in a studio, but it feels more relaxed than a studio. So we did those four songs and then immediately decided to come back and do more.

Sonically, the new record shows a bit of more upbeat and direct side of your music that we’ve probably not been accustomed to, as indicated on the opening track “The Dancer Disappears.”

I’m not sure if it quite sounds like me. It sounds like my voice, but sonically it doesn’t really sound like anything I’ve done before. On that song, I was playing the chords from this old Glen Campbell song “Mary in the Morning.” I was trying to turn that into a disco song. But Jim had us to change the drumbeat kind of drastically. So were playing this slapback delay on the snare, which changed the whole feel of it. Anyway, it turned out nice.

On another track, “Holding Pattern,” you not only mention an NFL football game score (“San Diego over Denver, 17 to 6”), but also name-checked several popular late ’70s/early ’80s arena rock bands, such as Kansas, Boston, Toto, Journey, Foreigner and Styx. How did that come about?

I was sitting in a hotel room in Sacramento and I was trying to write another song. I was watching Monday Night Football and it was Seattle against Green Bay. It was the game that ended the referees’ strike because it was a just a blatant awful call at the end of the game. It was just egg on the face of the NFL and they had to cave to the union. So I was watching that and I started writing about being stuck in Sacramento, but I changed the teams from Seattle and Green Bay to San Diego and Denver. And then I started thinking about Kansas, Toto, Foreigner and Styx.

Were you a fan of those bands back in the day?

No I wasn’t. I can’t say that I actually owned any of their records. MTV killed all those bands anyway. That’s a good example of a song that Jim changed. The demo I made was a little country song. When we sat down to play it with Jim, he was like “No, stop playing guitars, just take out the chords, and instead I’m gonna put down the mellotron saxophone.” It’s cool because the saxophone could be so horrible in rock. But if you’re playing the mellotron, you just kind of get this raw saxophone-like sound, but yet it’s different.

Another track, the gentle ballad “Love Is Not a Roof Against the Rain,” sounds very personal.

The line “love is not a roof against the rain” is from a poem by Edna St. Vincent Millay [ titled “Love Is Not All”]. It’s something like, love is not everything, it’s not a meal, and it’s not a roof against the rain. In the end, she concludes that she would trade any of those things for love – that’s it’s more rewarding than any of those things. So I started with that one line. It was a trick I’ve been using a lot lately – just take one line from someone else’s song or poem or anything really, and then write my own song around it.

Given this collaboration with Jim, would you consider working with him again?

He’s incredibly busy. He was producing the Preservation Hall Jazz Band record and then his solo album. Now he’s already back working on another My Morning Jacket record. We’ll see. I’d love to.

You’ve been pretty busy since the demise of Luna. Aside from working with Britta, you’ve performed the songbook of your first band, Galaxie 500, on stage for the first time in a while. Could you have ever imagine revisiting those tracks again after that band’s breakup?

I guess it hadn’t occurred. At this one festival in Spain, this guy asked, “Why don’t you come back next year and do one Dean and Britta show, and then a show where you only play only Galaxie 500 songs?” I thought, “Okay, it could be fun.” And I did that and it was a lot of fun. It was pretty much 20 years after those the albums came out in the first place. It seemed like a good time to do it, too.

You wrote an appreciation in Salon about Lou Reed shortly after his passing in October – your band Luna once opened for the Velvet Underground on their European reunion tour in 1993 and then for Lou’s own band in 1996. When was the first time you met him?

I met him in a dressing room in Edinburgh [on the Velvet Underground tour]. It was after the show. Lou was like, “Oh, come back over” and he invited me into the dressing room. There were a couple of journalists in there. He was like, “Are you guys journalists?” And they were like, “Yeah.” He said, “Get the hell out of here! This is a private conversation!” He liked to tease journalists, especially British ones. He was always very nice to me and to Luna. You hear stories of what a cranky person he is. I’m sure he could be. But he was good to me.

Are you doing anymore soundtrack work like you did on The Squid and the Whale and Margot at the Wedding, both of which were directed by Noah Baumbach?

Not anymore. I have been doing a little acting. There’s only one person that keeps casting me and that’s Noah Baumbach. A couple of months ago, I shot a scene in this new film [While We’re Young] he’s doing with Ben Stiller and Naomi Watts. I play the shaman in an ayuhuasca ceremony. It was fun. I am available for acting work. It’s easier than writing and recording songs. They write the words for you; you just stand in the right spot and deliver the lines, and all you have to do is act naturally.

Aside from working with Britta, do you see yourself ever being in a band again after spending almost your entire career with two of them?

I am too old to start a new band. I remember Mark Mothersbaugh saying being in a band is cool when you are in your 20s. And maybe your 30s. Beyond that, it becomes more difficult to organize your life around a collective, voting all the time. Though of course he went out and did a new Devo tour. 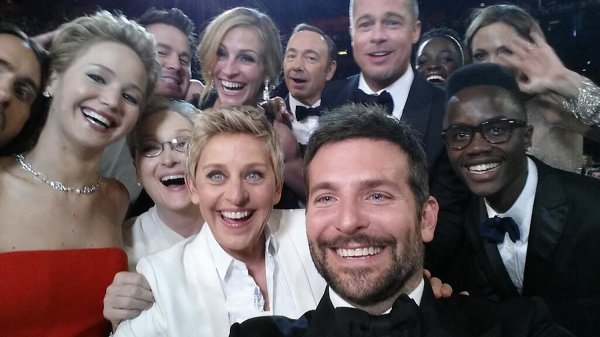