President Obama awards Poet Maya Angelou with the Medal of Freedom as well as a kiss on her cheek, with Medal of Freedom recipient Congressman John Lewis (D-GA) at the White House on February 15, 2011 in Washington.
Marvin Joseph—The Washington Post/Getty Images
By Alex Rogers

Rep. John Lewis (D-Ga.), a civil rights icon, had some kind words for the recently departed poet and memoirist Maya Angelou, who died at the age of 86 Wednesday.

“She spoke a lot about the right of people to participate in a democratic process,” said Lewis, who is 74. “She didn’t like the system of segregation and racial discrimination in the American South and she wanted to do her part in bringing down those signs that said ‘White’ and ‘Colored.’”

The two crossed paths for decades, starting in the 1960s, as they both traversed the nation to attend rallies, protests and fund-raisers for the Civil Rights Movement. Angelou was the northern coordinator for Dr. Martin Luther King’s Southern Christian Leadership Conference, and Lewis served as chairman of the Student Nonviolent Coordinating Committee.

“She inspired an entire generation,” he said. “During that period, you saw people reading her work; people quoting her in speeches.”

Lewis said there was an “abiding and authentic” sense of respect between King and Angelou, and it was clear he holds a similar sense of regard for her published work.

“I love so much of her work but I [most] love I Know Why The Caged Bird Sings,” Lewis said, referring to the 1969 best-selling memoir that earned Angelou national acclaim. “I think we all sometimes feel like we are closed in, that we’re locked and sometimes you just want to fly. You want to be free; you want to be liberated.”

Lewis has been a tireless advocate for liberty and equality. After growing up in Jim Crow rural Alabama during the 1940s and 1950s, he was famously part of the march on Selma, Alabama, where his skull was fractured when state troopers beat peaceful demonstrators led by King.

“Growing up in the American South the way I grew up, and some of what [Angelou] experienced, we were not free, to some degree, to fly—to be ourselves,” Lewis said. “And that’s why we had to bring down those visible walls and those invisible walls. That’s why we had to tear down walls of segregation and racial discrimination.”

While Lewis never visited Angelou’s home, he said they would meet at the house of cultural historian Richard Long in Atlanta and discuss his art collection, which she “loved,” including the work of Jacob Lawrence and Romare Bearden.

And in perhaps the most serendipitous intersection of their lives, Lewis sat behind Angelou in 2011, when they both received the Presidential Medal of Freedom, the nation’s highest civilian honor.

“I think the essence of what she was saying–so many of my generation could identify with it, could relate to it,” he said. 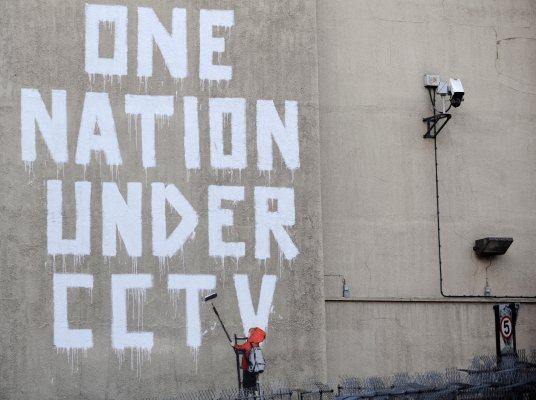 Rise of the Private Surveillance State
Next Up: Editor's Pick