GOP Senate Candidate Declares War on Sexism: 'Our Country Has a Problem'

A Republican Senate candidate from South Dakota has a message for the people calling her vulgar names on the Internet: conservative women fight back. Annette Bosworth, a current state Representative and medical doctor, held a press conference Tuesday openly condemning the misogyny she says she’s encountered throughout her campaign for the U.S. Senate, largely at the hands of “supposedly tolerant liberals.” Bosworth’s passionate diatribe hit a nerve at a moment when much of the country is turning its attention to misogyny in the wake of a mass killing in California, where a young man stabbed and shot his way through a college town, driven by his sexist views.

“Good morning, and welcome to the state of political discourse in 2014, “ Bosworth said while standing in a profane graffiti-covered room. She called the exhibit a representation of what’s facing women who “dare to challenge the status quo.”

“What you see around you are the words which have been written about me on blogs, on the Internet throughout this campaign,” Bosworth said. “They are hateful, they are hurtful and no person should have to endure it. It is its own form of abuse.”

Bosworth, who is challenging former Gov. Mike Rounds in the upcoming June primary, said she asked local artists to Google her and “pick a name. Spell it just as it’s spelled on the Internet and represent that on my campaign signs.”

She called attention to the Santa Barbara massacre:

She may be considered a “long-shot” as a Senate candidate, but her powerful stance against the vulgarity sends a much needed, powerful message to hatemongers: enough is enough. 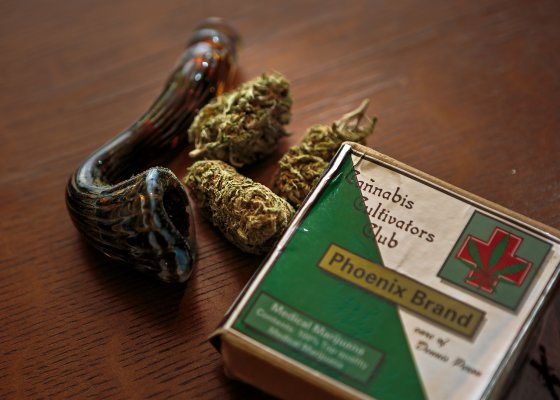 Where the War on Pot Will Go to Die
Next Up: Editor's Pick