This Is Why Cash Will Never Be King Again

I never leave home without some cash in my pocket. My young adult children rarely carry so much as a penny. What about emergencies? Have I failed as a parent?

You might say so. Yet walking about town cashless isn’t the crime it once might have been. Really. Forty years ago my kids would have been arrested as vagrants for being penniless in public—like Rambo or Adam Trask in Steinbeck’s East of Eden. Today, almost everyone does it.

That’s no exaggeration. Only 10% of adults say they always have cash on them, according to a survey from vouchercloud, a coupon website. A startling 73% say they never or rarely carry hard currency. They rely on plastic to pay for everything.

That strikes many as irresponsible. But the world has changed a great deal since an apparently destitute John Rambo strolled into the fictional town of Hope, Wash. after the Vietnam War. You’ll never again need a quarter for a phone call; someone nearby surely has a charged cell phone. Even cabs take a credit card, and if you really need cash the ATM isn’t far away.

Meanwhile, carrying cash can be a pain. Those who eschew it cite worries about theft, losing their wallet and coming into contact with germs, and the greater convenience of plastic. Often cited pitfalls of going cashless are that you are prone to spend more and lose track of your spending. But even those truisms have been turned at least partly on their head.

Yes, surveys still show that people using only plastic spend around 15% more than those who use cash. In the vouchercloud survey, 84% of plastic users said they often spend more and 76% said they lose track of where their money goes. But this is becoming less the case all the time.

For many, especially young people, the opposite is true. They are so unaccustomed to using cash that when they have hard currency it burns a hole in their pocket. They view it as extra and spend it quickly. Meanwhile, they don’t keep a bulging George Costanza billfold full of receipts; by relying on plastic they can more easily track all their spending through monthly statements or a service like Mint.com. Cash actually works against their budget and their ability to track what they spend.

These are considerations that folks past 35 vastly under appreciate. A well-managed debit or credit card (low fees, no revolving balance or overdrafts) may be preferable to cash for many people. That said carrying some cash remains a smart strategy even if you never use it.

A growing number of shops won’t accept plastic for purchases under $5; others offer a discount for cash. Some popular restaurants, bars and shops don’t take plastic of any kind. Vending machines and self-service car washes need quarters or bills. Cash makes it easier to split a bill with friends or chip in for a present at the office. Roadside towing often requires cash. How will you tip the bellhop? What about the tollbooth that doesn’t take EZ Pass? You get the idea. Cash is still king, but in far fewer places. 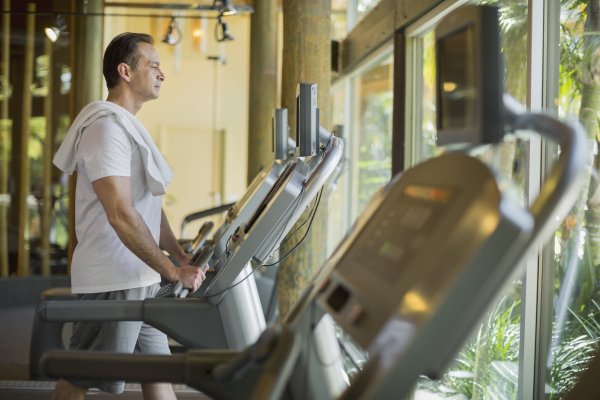 Your Gym Membership Is a Waste of Money
Next Up: Editor's Pick