Executives in the lucrative test preparation business might have some sweaty palms to look forward to. That’s because when the organization that makes the ubiquitous SAT college entrance test gave the exam a big makeover this week, it also announced an unprecedented partnership with the Khan Academy to provide free online test-prep. And while that’s good news for Khan, it could be bad news for companies like Kaplan that are used to raking in millions from nervous teens who want a leg up on the test.

Khan Academy is one of the most respected online education platforms in the country, and it will enjoy exclusive early access to the new SAT, something that’s never been done before in the history of the College Board, which makes the test. That edge will make it harder for other companies to sell families an advantage through months of elite—and expensive—prep classes or tutoring.

“If you’re going to charge someone for something, you have to show them value for it,” Salman Khan, the founder and CEO of Khan Academy, said in an interview. “If the test-prep companies think they can add value, I’m sure they’ll try. But from my point of view, this is the College Board making sure it’s not about money.”

Or as David Coleman, president of the College Board, put it Wednesday when he announced the partnership: “This will be the best thing out there that happens to be free.”

Coleman said the disparty in preparation for the test was building an “iron wall of inequality into the next generation.”

“It is time for the College Board to say in a clear voice that the culture and practice of test-prep that now surrounds admissions exams drives the perception of inequality and injustice in our country,” he said Wednesday.

A College Board spokesperson said no money is changing hands in the partnership. Khan is promised early access to the new SAT so its prep program will, in theory at least, be the most effective. Khan Academy, a nonprofit funded by philanthropic donations, will take care of distributing the free program online.

Not that private test-prep companies are about to go belly up. As even Khan himself acknowledged, some parents will surely still hire tutors, even if it’s “just to feel better.”

“I don’t think it’s going to go away,” he said, “but I think we can show that it’s not necessary.”

“I think this is a recognition of how important test-prep can be,” said Seppy Basili, vice president at Kaplan. “Competition has always been good for test prep, because it establishes that test-prep is the norm, like anything else.”

“I’ll be curious to see, when they release sample tests, if [Coleman has] knocked out the five or six ‘tricks’ that built Kaplan and the Princeton Review and have formed the backbone of my industry for 30 years,” he said.

Bardin applauded the high standards Coleman is baking into the new SAT, and said he thought prep companies that emphasize critical thinking and argument structure would still do well. “Coleman’s whole idea is to set the bar high, and the Philistines are coming after him for that,” he said. “The guy is tearing through American education like a Jersey thunderstorm on a hot summer day.”

But it all depends on whether Khan Academy can make good on its promise to make free prep better than a one-on-one private tutor. Khan knows that students from wealthier families have other advantages besides test-prep, and he doesn’t want this partnership to be seen as a “silver bullet” to education inequality.

“We’d be deluding ourselves if we said that the playing field will be literally level,” he said, “but if we do what we intend to do, it’ll be at a much lower grade.”

Educators are cautiously optimistic about the new partnership. Dr. Eric Blake, principal of the S.T.A.R. Early College School at Erasmus in Brooklyn, said a program like this would make a massive difference in his students’ chances at going to a good college. “Our students are held back because of costs related to test-prep,” he said. “so this will surely be removing that barrier.”

Khan said he’s aiming for more than just improving scores; he wants to revolutionize the way kids prepare for college. “If you have a great SAT score that’s great, but the real thing that I care about is that they learn the material, that they are more college ready,” he said. “The SAT is actually kind of a byproduct; they won’t learn to guess ‘c’ when they don’t know the answer, they’ll learn the actual material.” 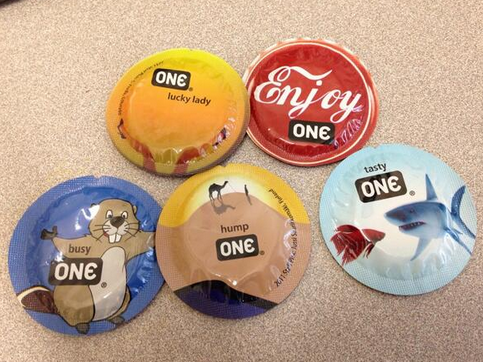