5,565 Days: Why Declare When U.S. Troops Will Leave Afghanistan?

The timing of the launch of the war in Afghanistan was a well-kept secret until just before it began on Oct. 7, 2001. That preserved the precious element of surprise, and gave U.S. troops every possible edge once the war began.

Time is an element on the battlefield, as vital—perhaps moreso—than troop numbers or ground covered. But President Barack Obama, backed by the U.S. public, has concluded that by the end of 2016—after more than 15 years of the nation’s longest war—it will be time to furl the colors and come home.

Why make such a declaration so early? Is the President that confident that whatever progress has been made will stick? That it’s time for Afghans to tend to their own security? Or are the American people simply so tired of war they want the troops brought home as soon as possible?

No, it’s not that the U.S. is tired, insists Army General Martin Dempsey, chairman of the Joint Chiefs of Staff. “It would be a mistake to decide that we are politically exhausted or weary militarily,” Dempsey said Wednesday. Facing budget pressures, he said, it’s time for the U.S. to partner with other nations in grappling with the long-term challenges posed by al-Qaeda and other terror groups.

But the decision poses a risk, the Army’s former No. 2 officer warns. “By ending the war in 2016 with no residual force whatsoever, [Obama’s] creating a relatively high-risk situation that could squander the gains that we have made,” retired four-star Army general John Keane says of Obama’s troop-withdrawal timetable. “What I fear—and I can see it coming—is that al-Qaeda has always coveted Afghanistan,” he says. “They will want to make their way back into Afghanistan and we will not have a capability to deal with them.”

Then there are the history books to think about, a former top U.S commander in Afghanistan notes. “The President probably wasn’t talking as much to the audience in Afghanistan as the audience in the United States,” says David Barno, a retired three-star Army officer who commanded all U.S. and allied troops there from 2003 to 2005. “My speculation would be that the President feels strongly that part of his legacy is to have ended both of the wars [in Afghanistan and Iraq] that were in full-bore when he took the job.”

It’s silly to suggest the U.S. is “rushing” to leave after it has been in Afghanistan for nearly 13 years and sacrificed 2,223 troops (74% of which under Obama) in its effort to oust the Taliban and al-Qaeda, and rebuild the country. “We believe it’s necessary for planning purposes to be clear to our own government, and to our allies and partners, about the commitments that the United States is prepared to make in 2015 and then through 2016—that’s prudent planning,” a senior Administration official said. “We never signed up to be a permanent security force in Afghanistan to fight against the Taliban.”

But while some military veterans agree that a “residual force” of 9,800 U.S. troops may be adequate post-2014—assuming expected Afghan agreement—they are bemused at the President’s insistence on declaring such a deadline. “The military command definitely desired a residual force to stay without time constraints based on the conditions on the ground,” Keane says. The U.S. troop presence will drop to about 4,900 in 2016, and vanish—except for traditional embassy and arms-sales billets—by 2017.

Barno fears that the $4 billion the U.S. is pumping into Afghanistan each year will stop flowing shortly after the U.S. troops come home from what he calls an “inconclusive” war. “My biggest worry is we’re setting the stage for a post-2016 cutoff of financial aid to the Afghan military that will cause it to come apart at the seams,” he says. “Then you’ve put your entire 15-year enterprise at risk.” 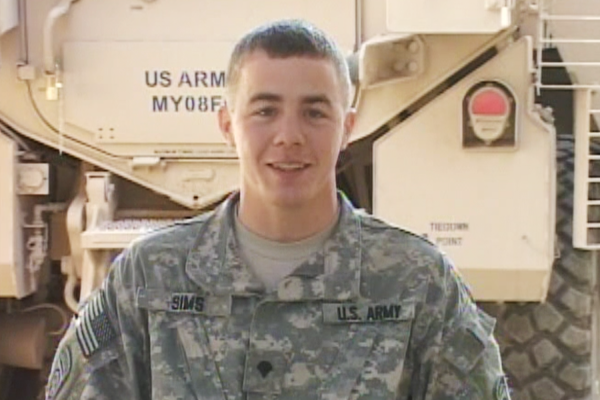 Iraq Vet Killed In Gunfight Turned Away by VA Hospital
Next Up: Editor's Pick