The man at the center of the unfolding diplomatic crisis in Ukraine—where Russian soldiers have largely occupied the country’s Crimea region—was reportedly given the nod by the International Academy of Spiritual Unity and Cooperation Among the Nations of the World. The group is among those cleared to make nominations to the Nobel committee.

Putin was nominated as one of the 278 nominees for this year’s prize, PRIO says, for his role in the “averting of an air strike on Syria after the chemical gas attacks in August 2013.” The nomination didn’t mention Putin’s role in deploying thousands of Russian troops to forcibly take control of Ukraine’s Crimea. 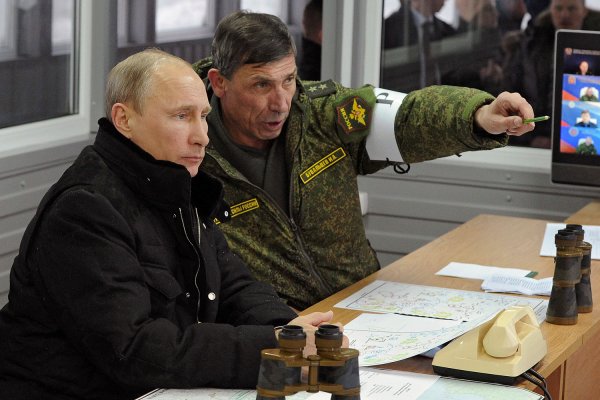