It looks like the lucky California couple who found $10 million worth of 19th-century gold coins will get to keep their loot, after all.

Not long after it became public last month that the unnamed couple had found the coins on their property, news outlets dug up an old newspaper clip showing a suspiciously similar amount of coins had been stolen from the San Francisco branch of the U.S. Mint circa 1900. That led to speculation that the government might stake a claim to the money. Additional records reviewed by TIME show the branch did indeed have coins go missing that year. “It is with regret, however, that I record that the count of coin in the mint at San Francisco at the close of the fiscal year revealed a shortage of $30,000,” the director of the mint wrote in his annual report in 1901. “The case is in the hands of the Secret Service for investigation.”

The coins the anonymous California couple stumbled upon, buried in eight cans on their property, would have been worth about $28,000 at the time. But experts and the coin dealer handling the couple’s booty say that’s the only sign they might be the same coins—while many factors suggest they couldn’t possibly be.

Nancy Oliver, who wrote two books on the San Francisco mint, says the mint was generally in the business of making new money—not collecting old money—whereas the coins discovered by the couple are dated over a span of almost 50 years, from 1847 to 1894. Further, coin dealer Don Kagin says, some of those coins are stamped with the imprints of other mints around the U.S., from New Orleans to Philadelphia to Carson City. “There’s no relationship,” Oliver says, noting that the coins in the 1901 theft came from the cashier’s vault, which only contained coins minted during that fiscal year.

Adam Stump, a spokesman for the U.S. Mint, says officials there have reached the same conclusion after reviewing records. Stump says officials found no connection to the so-called Saddle Ride Hoard and the government is not pursuing any connection.

Other people have tried to lay claim to the money. Kagin says several people have contacted his firm saying their great-grandfather might have some claim or that they were sure the coins came from this heist or that heist. He says he asks the individuals to submit an inventory of what they believe they are the owners of, but no one has taken him up on it yet. When asked if anyone has threatened legal action, Kagin says, “Nothing credible.”

He and Oliver both subscribe to the theory that the coins were stashed away over time, likely by someone working gold mines. “It was probably someone in the mining industry who was getting his bonuses and not trusting the banks,” Kagin says. At this point, he says he has no doubts whatsoever that the couple, which discovered the coins in February 2013, can lay legal claim to them.

Things have been hectic for Kagin since he made the couple’s find public in February. Media outlets have barraged him from all over the world, even though he’s often dealt with discoveries of old coins worth much more than the Saddle Ridge Hoard. This discovery, he says, just resonates with people. “People can actually find coins on their property. They don’t think they can don scuba gear and go find shipwreck treasure,” he says. “People fantasize about that. And here’s a couple that did that, and they weren’t even looking for it!”

Treasure-hunters out there, don’t despair. A man named Walter Dimmick, once a chief clerk at the San Francisco mint, was found guilty of stealing the $30,000 worth of gold coins in 1903. But the loot, to this day, has not been found. 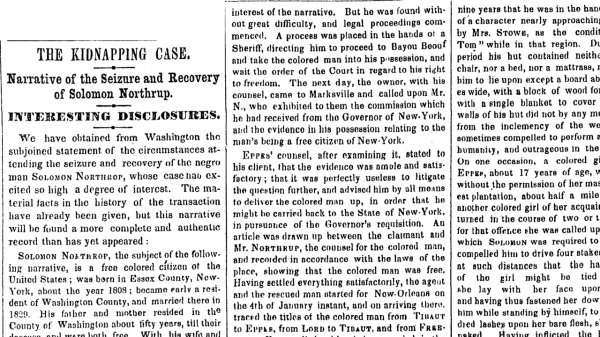 The New York Times Shows It's Never Too Late To Issue A Correction
Next Up: Editor's Pick