Samsung Electronics president Young Sohn reveals the Simband at an event in San Francisco on May 28, 2014
Harry McCracken / TIME
By Harry McCracken

When Samsung announced on May 1 that it was holding a health-related media event in San Francisco on May 28, everybody assumed–reasonably–that it wanted to get some news out before anything health-related which Apple might announce at its WWDC keynote on Monday. But it wasn’t clear what that news might be.

As it turned out, Samsung announced a new health wristband–but not one it plans to sell anytime soon.

Instead, it’s calling its Simband an “investigational device” which will help it meld sensors and other electronics with software and services to create future digital health technology. And rather than being yet another proprietary device such as the company’s Gear smartwatches, Simband is an open platform which Samsung hopes other companies will embrace.

Samsung briefly showed off a Simband during its onstage presentation, but didn’t provide vast amounts of information about the device. It looks much like already-extant smartwatches, with a square case and a large color touchscreen, and it packs Wi-Fi, Bluetooth and sensors for measuring factors such as heart rate and oxygen level. Some of the electronics are embedded in the band, giving the engineers responsible for the gadget more space to work with, and there’s a snap-on external “shuttle battery” which lets you recharge the band without removing it from your wrist. (At the event, Samsung Electronics president and chief strategy officer Young Sohn listed 24/7 wearability as one key goal for future devices.)

Along with the Simband, Samsung talked about SAMI, a neat acronym for a tongue-twister of an initiative: Samsung Multimodal Architecture Interaction. SAMI is a cloud-based service for storing the data collected by a gizmo such as the Simband; like the band, it’s an open platform, and Samsung emphasized that consumers stay in control of any information that it stores.

The company says that it’ll make the Simband available to developers later this year, and is already envisioning future versions with sophisticated capabilities–such as a blood glucose monitor–which would make sense to build in once the technology allows. Consumers won’t be able to buy a Simband, but the whole idea is for it to help lead the way to health wearables with mass appeal.

The most interesting thing about Simband is the fact that it’s open. That surely sets it apart from anything Apple might do which is even vaguely similar. It’s a major move for Samsung, too, which would love to be thought of as an world-class innovator rather than an extremely successful copycat.

It also reflects the company’s recent ramping up of its presence in Silicon Valley. Samsung has already opened an innovation center there and announced plans to invest $100 million in startups. As part of Samsung’s announcement today, it also said that it’s working with the University of California at San Francisco on digital healthcare and has $50 million to invest in companies working on next-generation health technologies.

If Simband and SAMI catch on and provide the foundation for an array of devices and services from multiple companies other than Samsung, what the company announced today could amount to a sort of Android of health–a universal platform shared by almost everybody who isn’t Apple. However, it’s way too early to come to any conclusions about whether there’s a real chance of that happening.

It’s an intriguing idea, though. And there’s nothing mysterious about Samsung wanting the world to know about the Simband right now, before Apple gets into health–not afterwards, when it might smack of me-too-ism. 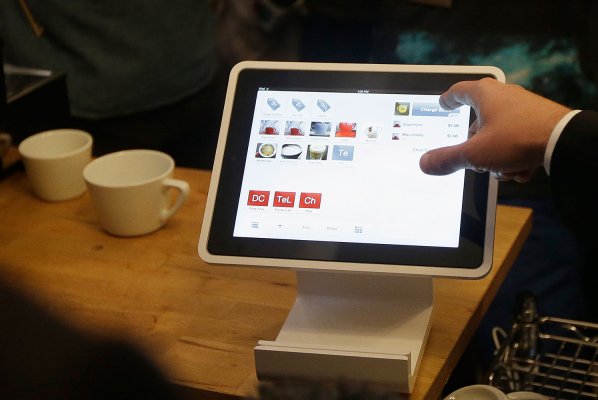 Square Banks on Cash Advances for Small Businesses
Next Up: Editor's Pick