Justin Bieber is photographed by police while in custody on January 23, 2014 in Miami Beach, Florida.
Miami Beach Police Department/Getty Images
By Melissa Locker

Brace yourself, Beliebers. As Justin Bieber continues to fight charges of driving under the influence, resisting arrest and driving with an expired license, videos of the teen dream taking a urine test have been entered into evidence.

(A refresher: Bieber tested positive for marijuana and Xanax after he and R&B singer Khalil Amir Sharieff were arrested on January 23 during what police have called an illegal street drag race between Bieber’s Lamborghini and his friend Khalil Amir Sharieff’s Ferrari.)

Last week, more than 10 hours of police station videos were released by prosecutors, including clips of the troubled teen star wobbling during a sobriety test. On Tuesday, the Miami Beach Police Department released 18 never-before-seen photos of the “As Long As You Love Me” singer taken after his arrest. However five videos were held back, including two videos of Bieber taking a urine test — because the videos apparently reveal the singer’s genitals.

Now, Miami-Dade County Judge William Altfield has decided that he will release the five police videos of Bieber, including the clips from the urine test. However, to preserve Bieber’s right to privacy, the videos will be released only after authorities “shade or blacken” the singer’s private parts.

The news comes as a relief to Bieber’s legal team — who argued that “Mr. Bieber’s right to privacy is paramount” — as well as to Beliebers concerned for their own health and safety. (After all, if fans groped Bieber’s wax replica to death, what would they do with his actual nudes?)

The first three videos are expected to become public in the next few days, while a judge and a technician work to redact images that “depict or appear to depict” Bieber’s bits in the two others.

Meanwhile, police photos documenting every single one of Bieber’s tattoos — including a praying Jesus, an Indian chief’s head and a quote from Psalm 119:105 (“Your word is a lamp for my feet, a light on my path”) — have already been released. 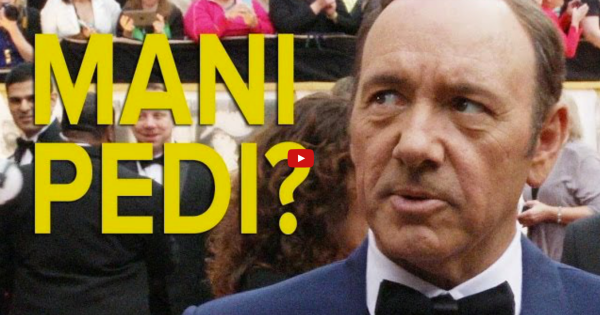 Kevin Spacey Fields Questions that Female Celebrities Get Asked On the Red Carpet
Next Up: Editor's Pick