Activist investor Carl Icahn says eBay is the worst-run company he’s ever seen. The billionaire who regularly clashes with tech’s biggest CEOs told CNBC’s Squawk Box that eBay’s corporate governance leaves a lot to be desired. “Corporate governance, with exceptions, is completely dysfunctional,” he said in a phone interview on the show. “Our companies are so badly run, in many cases, that all you have to do is get in there, get involved with these boards, change a lot of things going on, and you have a much better company.”

Icahn’s conflict with eBay centers around the video chat service Skype. eBay sold a controlling stake of Skype to an investor group that included venture capitalist Marc Andreessen for $1.9 billion in 2007. Andreessen proceeded to sell Skype to Microsoft for $8.5 billion 18 months later. In one of several open letters to eBay shareholders, Icahn accused Andreessen of a conflict of interest and eBay of general incompetence for initially selling Skype for such a low figure.

Andreessen defended himself in an interview with the Wall Street Journal, saying that he regularly recuses himself from board conversations where he might have a personal stake in a public company buying or selling a startup. eBay chairman and founder Pierre Omidyar said in a statement that Andreessen wasn’t involved in the Skype sale.

On the Fox Business News show Opening Bell, eBay CEO John Donahoe responded to Icahn’s rant directly. He said the company was on “solid ground” when it comes to to corporate governance. “We know this is sort of the antics that Carl uses and that’s fine,” Donahoe said. “Our focus is doing what we want and what shareholders, the other large shareholders, want us to do, which is stay focused on innovating and executing in the market.”

Icahn will likely keep the pressure on eBay in the leadup to the company’s annual shareholders meeting in April. In addition to demanding more information about the Skype deal, Icahn is pushing for eBay to spin off its online payments service PayPal.

Story updated to include comments from eBay CEO John Donahoe. 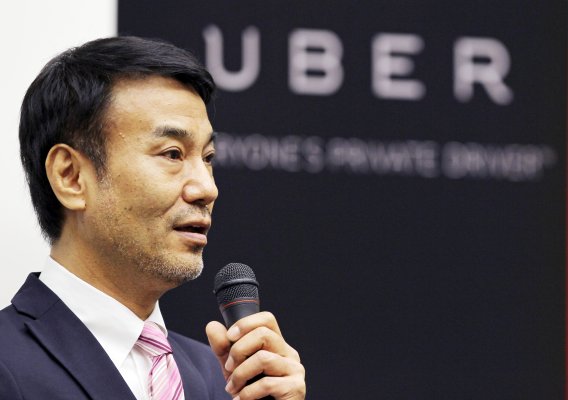 Uber Will Start Telling Customers When Rides Are Getting Cheaper
Next Up: Editor's Pick