Whom to Watch at the World Economic Forum in Davos

As the World Economic Forum (WEF) kicks off Tuesday in the snowbound Swiss town of Davos, more than 40 heads of state and government will be competing to make a lasting impression, for themselves and their countries, among the 2,500 participants. Here are five who will have a head start:

Hassan Rouhani
Depending on how things are progressing in another part of Switzerland — Montreaux, scene of the Syria peace talks — Iran’s president may be just a little distracted during his Davos debut. But the purpose of his trip is to take advantage of the momentum from the Jan. 20 start of the six-month nuclear freeze agreement between Iran and the six world powers. Rouhani’s message: As the negotiating parties begin work on a long-term deal, Iran is open for business. It isn’t really: most of the economic sanctions imposed by the U.S. and Europe remain in place. But Rouhani’s trip is mostly about optics. Iran, he will be saying, is no longer an international pariah. He delivers a special address on Thursday.

Benjamin Netanyahu
Israel’s prime minister follows Rouhani (a few hours later) with a discussion on Israel’s economic and political outlook. Netanyahu will keep up his rhetoric about Tehran being an unreliable negotiator. Don’t buy the peace deal, he will say, it’s just a smokescreen that allows Iran to build nuclear weapons. But that message didn’t get much traction at the U.N. General Assembly in New York City last fall, where Rouhani’s charm offensive won the day. Netanyahu is unlikely to find many takers in Davos.

Enrique Pena Nieto
Mexico’s president is one of the WEF’s Young Global Leaders, and his country is making a splash at Davos this year. He will be seeking to capitalize on Mexico’s growing economy, which has recently become the country’s dominant narrative, overtaking the usual stories about drug cartels and kidnappings. If potential investors are impressed by energy, Pena Nieto will display plenty of it: he will deliver a special address and participate in two panel discussions, all on a single day, Thursday.

Dilma Rousseff
The president of Brazil makes her first appearance in Davos just as tough questions are being asked about her country’s economic prospects. Three years of lackluster growth have some wondering if Brazil should lose its place among the BRICS. There are doubts, too, about the country’ ability to host soccer’s World Cup this summer. Top all that off with lingering fears of political unrest, after last year’s massive street demonstrations. Rousseff delivers a special address on Friday.

Shinzo Abe
Japan’s prime minister has stirred things up in Asia over the past couple of years. His country’s economy has been doing remarkably well, but Abe’s aggressive rhetoric and military muscle-flexing has annoyed China and South Korea, while winning some praise from other Asian nations that see Japan as a bulwark against an increasingly militaristic China. The Chinese president and prime minister won’t be at Davos, but perhaps South Korea’s President Park Geun-Hye will have a cautionary word or two? Abe and Park both speak on Wednesday. 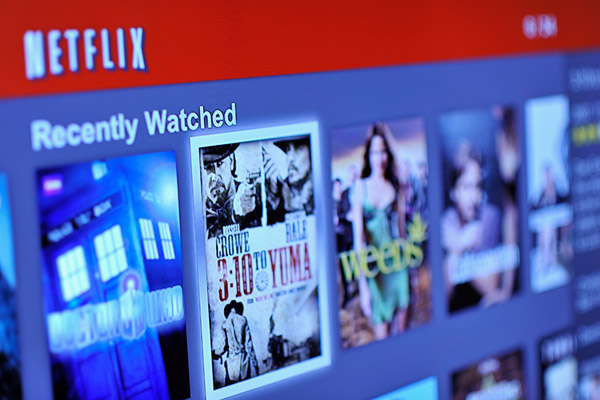 Netflix's Gain Is HBO's Loss in Subscriber Wars
Next Up: Editor's Pick