Tempers flared during a House hearing on the IRS scandal Wednesday, as a top Democrat and Republican found themselves entangled in an impassioned dispute after former IRS official Lois Lerner refused to testify.

Lerner invoked her Fifth Amendment rights once again Wednesday, refusing to answer questions from the the House Oversight and Government Reform Committee about her role in allegedly singling out Tea Party and other conservative groups for extra scrutiny when they applied for tax-exempt status. Lerner pleaded the Fifth at a hearing last year and did so again when she was called back to testify this week.

Committee Chairman Rep. Darrell Issa (R-CA) then quickly adjourned the hearing, but as his gavel struck the lectern, ranking Democratic Rep. Elijah Cummings (D-MD) said he had a procedural question.

Issa ignored Cummings and got up to leave, but not before the two got into a heated argument.

“Mr. Chairman, you cannot run a committee like this,” Cummings said.

Issa spoke over him, and gestured for the microphone to be turned off.

“I am a member of the Congress of the United States. I am tired of this,” Cummings continued as the microphone switched off.

Cummings later told TIME he wasn’t surprised at Issa’s behavior. “It’s not unusual, not with him,” he said. “He has shut off the mic before, not my mic but other members of the committee. I can think of at least one time within the last month where he has shut off somebody’s mic, and this is on national T.V.”

“I think people are shocked that members of Congress would be treated that way,” Cummings added.

Issa later accused Cummings of slandering him. “The fact is Mr. Cummings came to make a point of his objections to the process we’ve been going through,” he told Politico. “He was actually slandering me at the point that the microphone went off by claiming that this had not been a real investigation.”

The IRS has been accused by Republican lawmakers of unfairly targeting Tea Party and conservative groups who have applied for tax-exempt status, but others counter the IRS rightly applies additional scrutiny to politically-affiliated groups, which are not supposed to be tax-exempt if political activities are their primary purpose.

Watch the debate between Issa and Cummings here: 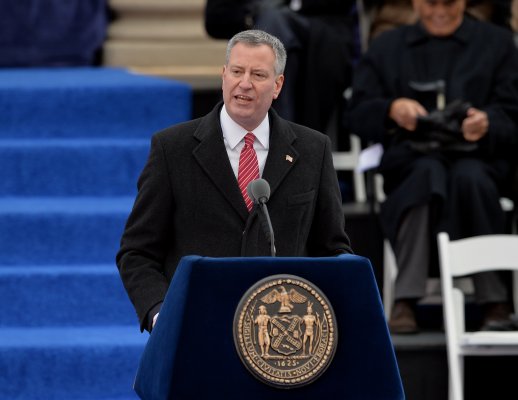