Travelers: It's About Damn Time Airlines Toughened Up Baggage Policies

United is ratcheting up stricter carry-on baggage rule enforcement, and the result is that more passengers will be hit with fees. To which many travelers say: Wonderful!

This week, word has quickly spread about United Airlines’ crackdown on passengers who attempt to bring oversized carry-ons onto planes. Airline staffers have begun zealously enforcing existing carry-on rules. They’re taking much closer looks at the bags being rolled and carried onto planes, and if a bag appears like it might exceed the official carry-on size limits–9 inches by 14 inches by 22 inches, including handles and wheels—it’ll be measured. If your bag is over the limit, you’ll be sent back to the ticket counter, where the bag must be checked and a $25 fee must be paid.

As the Associated Press pointed out, “Some travelers suggest the crackdown is part of a larger attempt by United to collect more fees.”

Surely, there’s some truth there. The root of the carry-on problem, after all, comes from the advent of airlines charging fees for checked bags. As soon as checked luggage fees became standard, passengers naturally started trying to circumvent the charge by traveling only with carry-ons—which, of course, have been stuffed to the brim and perhaps above the official size limit because these customers were skipping checked bags (and checked bag fees). So yeah, United’s crackdown is a direct way to stop customers from circumventing baggage fees.

(MORE: Airport Confidential: Inside the Strange World of Airline Cancellations)

United says the initiative isn’t at all a money grab, however. “The stepped-up enforcement is to address the customers who complained about having bags within the size limit and weren’t able to take them on the plane,” United spokesman Rahsaan Johnson said. “That is solely what this is about.”

The truth is that while consumers understand most baggage polices—United’s new enforcement initiative included—are about increasing revenues for airlines, something has changed in traveler attitudes over time. With the exception of a few carriers (JetBlue and Southwest, notably), checked baggage fees are the industry standard. Once viewed with outrage and disgust, the fees are now perceived as being a mildly annoying inevitability. If only because they’ve been around for so long, baggage fees tend to be viewed as more acceptable, and even as more reasonable, year after year.

And now, after years of dealing with baggage fees—and after years of dealing with fellow travelers circumventing the fees by breaking carry-on limits, hogging the overhead bin space, and generally making the boarding process a time-consuming nightmare—many airline passengers are actually welcoming United’s get-tough initiative with open arms. Well, at least the kinds of diehard travelers who are regulars on flying forums are doing so.

More than two years ago, a lively FlyerTalk thread begging United to “Start enforcing friggin carry-on bag limits!” in order to make boarding faster and easier for everyone. A more recently launched FlyerTalk discussion concerning the expected stricter enforcement of carry-on rules as of March 1 was largely greeted happily by travelers. “Hopefully they do start enforcing,” one commenter stated. “People need to stop bringing their fridge with them.”

At a TripAdvisor forum on United’s move, commenters chimed in with many “It’s about time” sentiments, as well as some sarcasm and mock outrage. “I am boarding a UA flight shortly and I think this is outrageous,” one comment reads. “How dare they enforce their published rules?”

(MORE: After Two Frigid Months for Auto Sales, Dealerships Are Desperate for Buyers)

“I think I’m with the camp of folks who think it is about time something is done,” one traveler who started a nuanced discussion of the issue at a Fodors forum explained. “But then, I always check at least one large suitcase, sometimes two, and I am a 1K with United so my checked bags go for free.”

That last bit is especially important. Folks who travel all the time and/or who have sufficiently high frequent flier status to not have to pay the usual baggage fees tend to be more welcoming of United’s initiative, and understandably so. Casual travelers, on the other hand, are probably more likely to see the move as yet another confusing and unfair tactic aimed at getting more of their cash. As a post at The Points Guy summed up, the potential problems of United’s stricter policies include poor disclosure, the likelihood of inconsistent enforcement, and also the likelihood that the change may slow boarding further because more passengers will be measuring their bags and arguing with airline employees.

When the United Hub website first announced the airline would be tweaked with the goal of “an easier all-around boarding process, and a friendlier flight,” one blunt commenter offered the succinct thought: 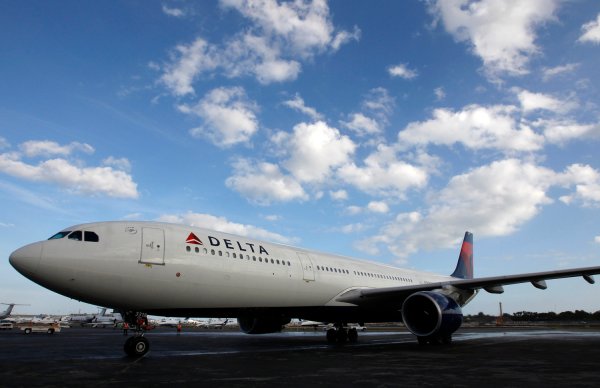