After Two Frigid Months for Auto Sales, Dealerships Are Desperate for Buyers

Week after week of cold and misery has kept car buyers away from auto dealerships in 2014. The weather should also be indirectly helping them get better prices on new-car purchases this spring.

Understandably, the abnormally snowy, bitterly cold weather that’s descended on much of the country for the past two months has been bad for auto sales. Buyers, it seems, tend to wait until the weather is not miserable to visit dealerships, kick tires, and seal deals. Thus far in 2014 it’s been easy for consumers to push off the chore of car-shopping because who wants to browse a dealership’s lot when its 5 below and there are 8 inches of fresh snow on the ground?

Record-setting cold resulted in a 3% decline in sales in January compared to the same month in 2013. Initial reports of strong sales tallies over Presidents Day weekend gave hope to the idea that automakers and car dealerships could bounce back with impressive sales for the whole month of February.

With few exceptions, however, February followed in the footsteps of January as a bummer for those in the business of selling cars. General Motors, BMW, Ford, Honda, Hyundai, Toyota, Volvo, and Volkswagen all reported that sales were down for the month, compared to February 2014. In many cases, automakers blamed bad weather for subpar sales results. Here’s one example, cited by The Detroit Bureau:

Well, the sun has already been shining, so to speak, on one segment of the auto market: Small SUVs and AWD vehicles—designed and marketed to drivers who want help coping with the kind of miserable winter weather plaguing much the nation—have enjoyed a major boost in sales. As Bloomberg News reported, while sales of many car models were flat or down in February, Subaru and Jeep, known as brands that are great for handling the roads on bad-weather days, surged 24% and 47%, respectively, compared to last year. In a statement released by Chrysler, U.S. sales chief Reid Bigland said, “The severe weather has been ideally suited for our legendary Jeep 4X4 capability.”

Of course, that same weather has caused many drivers to largely stay off roads and out of car dealerships to an unusual degree thus far in 2014. After sales slumped in January, industry insiders said that dealership incentives and discounts would increase right away, and that the deals would only get better if more weeks of snow and cold followed.

And here we are. A CBS News report quoted several experts who are of the opinion that given the “perfect storm” of bad weather, slow sales, and car dealerships antsy to unload vehicles sitting on their lots for far too long, right now is a particularly good time to buy a new car. “If you’re willing to brave the elements, the next 30 to 45 days will be an epic time to buy,” said Scott Painter, CEO of TrueCar, an auto sales and research site that indicates dealership incentives are at their highest levels since 2010.

(MORE: How to Make the Worst Part About Buying a Car a Little Less Miserable)

That doesn’t mean you should go into a dealership any old day over the next month and a half. Interestingly, TrueCar data has showed that Tuesdays in early March and early April are traditionally among the worst days of the year to buy cars because of the relative absence of incentives and the general unwillingness of dealership managers and sales staffers to discount so early in the month.

As always, in terms of negotiations, buyers will sit more squarely in the driver’s seat if they go shopping toward the end of the month, when automakers and dealerships are eager to meet monthly sales goals and they’ll be more amenable to haggling. 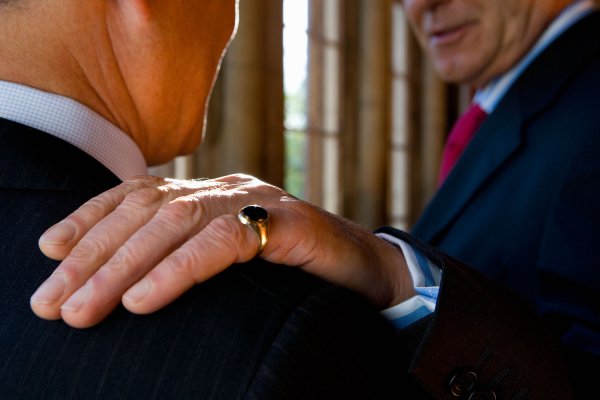 How to Catch a Liar in the Act
Next Up: Editor's Pick