The New Barbie: Meet the Doll with an Average Woman's Proportions

While we might admire Barbie’s career aspirations, the dolls famously unrealistic body proportions (which would force a real woman to walk on all fours… with half a liver) leave a lot to be desired. So artist Nickolay Lamm gained a lot of attention last summer when he showed the world what Barbie would look like if she had the CDC measurements of an average 19-year-old woman’s body.

“A lot of people asked where they could buy normal Barbie,” Lamm told TIME. “But no one could buy it because it didn’t exist.”

So rather than just waiting for some other toy company to bring a Barbie with realistic proportions to life, he decided to do it himself. Wednesday, Lamm launched his own CrowdtiltOpen crowd funding project to raise $95,000 to begin production on a doll that has a real woman’s proportions. The line is called Lammily and its tagline is: “Average is beautiful.”

The doll has brown hair by default and comes with minimal makeup:

She also promotes a healthy lifestyle:

And advanced design allows the doll to move her wrists, knees, elbows, and feet:

That means she can wear sneakers and sensible heels:

Here she is from another angle:

In a recent interview with Fast Company, Barbie lead designer Kim Culmone vigorously defended the dolls ridiculous measurements, arguing not only that it wasn’t responsible for instilling negative body images in young girls but also that it was necessary to get clothes on and off the doll’s body with ease. “I’ve heard that argument before but I find it odd,” Lamm said. “There are female action figures who are full bodied, and clothes fit fine.”

And Lamm is putting his money where his mouth is with this new line of dolls. Former Vice President of manufacturing at Mattel Robert Rambeau is even helping Lamm find high quality manufacturers to get the doll done right. (And since Barbie sales have been dwindling, the folks currently at Mattel might want to take note.)

This has been a good year for positive influence dolls. In fact, while the commercial breaks of the 2014 Super Bowl shied away from highly sexualized portrayals of women (even GoDaddy deviated from the norm), the 111.5 million viewers at home did see an ad for GoldieBlox, which makes construction and engineering-based toys for girls. GoldieBlox, too, started with a Kickstarter. 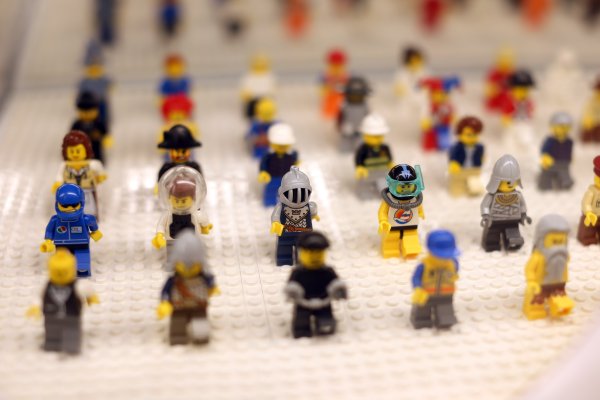 Lego Fans May Be Able To Print Their Own Bricks Someday
Next Up: Editor's Pick