The European Union is ready to offer a $15-billion aid package to Ukraine over the next two years, a move that could give the West more leverage in the economically-strapped country as it matches Russia’s own, original aid offer.

The president of the European Commission, José Manuel Barroso, said Wednesday that the offer includes 1.6 billion euros ($2.2 billion) in loans and 1.4 billion euros in grants, as well as 3 billion euro in credit from the European Investment Bank. That sum is in addition to a $1-billion loan guarantee pledged to Ukraine by Secretary of State John Kerry Tuesday, reports the New York Times.

Ukraine’s interim government has said it will need $35 billion in international assistance over the next two years.

Mass protests began in Ukraine in November last year, after now-deposed President Viktor Yanukovych turned to the Kremlin for financial aid. The International Monetary Fund offered financial assistance to Ukraine on the condition of strict reform while Russia offered a $15-billion loan with no strings attached. With the country in turmoil, Russia has withdrawn its loan offer, but the International Monetary Fund is expected to offer its own aid package.

Kerry is due to meet with Russian foreign minister Sergei Lavrov on Wednesday to discuss the ongoing crisis in Ukraine. Russian President Vladimir Putin said Tuesday that the country reserves the right to defend its interests in the country, days after receiving the green light from his parliament to order military action there. 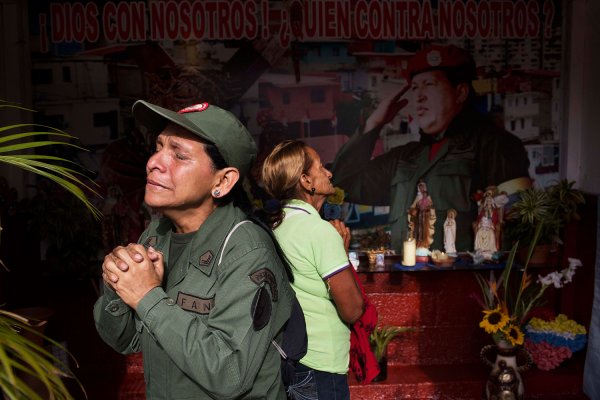