When True Detective wraps up on Sunday, we’ll know whether or not Rust and Marty caught the spaghetti monster. But we still won’t know who will take the helm from Matthew McConaughey and Woody Harrelson as the two leads next season.

In recent weeks, True Detective has caught some flack (most notably from New Yorker TV critic Emily Nussbaum) for its narrow single-white-male point of view: women are treated as objects; the female character with the largest role, Maggie, is one-dimensional at best; and young, hot, former prostitutes unrealistically throw themselves at over-the-hill, violent cops. Critics have been quick to criticize the show for its lack of female perspective and have even gone so far as to call the show itself misogynistic.

But it’s time that we all stop assuming TV writers endorse the bad actions of their flawed characters on television. Just because Rust and Marty are sexist doesn’t mean the show is too. In fact, the show has spent the last few episodes critiquing their world view, not glorifying it.

When we see “heroic male outlines and closeups of female asses” in the credits, as Nussbaum points out, we are seeing Marty and Russ’ worldview. They fancy themselves powerful saviors of women, when in fact they are sexist monsters. And they get their comeuppance: in the latest episode, we see Marty — who physically abuses his wife, daughter and lover — unsuccessfully browsing dates on Match.com and eating a TV dinner alone in his apartment. Rust, who simply ignores live women in favor of dead ones, has found himself drowning in a can of Lone Star.

In fact, the critical eye fell on Marty and Rust much more quickly than it has on other anti-heroes on TV. A similar downfall took place over the course of several seasons of Mad Men. The once virile philanderer Don Draper is finally, after five seasons, sad and alone, trying to relive his youth to disastrous consequences. It’s not desirable to be Don Draper — not in the long-run at least — nor is it desirable to be Marty or Rust. And, as Willa Paskin at Slate wrote, that’s the point.

I understand how after years of watching male detectives hunt down lady-killers, True Detective could feel like the last straw for Nussbaum. But luckily that’s not all that’s on TV. There are more complex portrayals of powerful women on TV than ever before: Claire in House of Cards, Cersei and Daenerys in Game of Thrones, Elizabeth in The Americans, Olivia and Mellie in Scandal and Peggy in Mad Men. Of course it would be great if more shows had strong, female protagonists. I’m the first one to endorse feminist portrayals of women onscreen. But True Detective doesn’t need to be that show.

In fact, they already made that show last year. It’s called Top of the Lake (available on Netflix for those who are curious). Top of the Lake has that same Twin Peaks-y feel as True Detective and the same general structure — detective hunts rapists after a girl goes missing. But Top of the Lake replaces the traditional male detective(s) with Elizabeth Moss — who won a Golden Globe for her performance — and eschews the gorgeous, barely clothed girls in Peaks and Detective for a cult middle-aged woman seeking guidance (and sex) on the outskirts of the small town.

And if Top of the Lake doesn’t satisfy your lust for a feminism, there’s a good chance next season of True Detective will. When someone tweeted at the show’s creator Nic Pizzolatto, “Hey @nicpizzolatto if True Detective looked at feminine characters with the same lens as masculine, it would be PERFECT & MIND-BLOWING,” he responded: “@friggenawesome One of the detriments of only having two POV characters, both men (a structural necessity). Next season…” He has since deleted the tweet, presumably because the producers thought he revealed too much.

So for now, why challenge this season of True Detective to be something that it’s not?

Though True Detective seemingly shares no commonalities with HBO’s other Sunday night hit, Girls, the two have both run into the same criticism. Girls unfairly came under the gun in its first season for only portraying the perspective of young, white women in New York — which, quite frankly, is much more rare to see on TV than the white male perspective. Shows can rarely be everything and every perspective at once. (The Wire is the only show I can think of that even comes close.) Viewers still accuse Girls of being narcissistic and self-indulgent just because Hannah is narcissistic and self-indulgent. People assume that Lena Dunham is Hannah Horvath. But in order to paint a critical portrait of Hannah, Lena Dunham can’t be that oblivious.

The writers’ room cleverly responded to these critiques by casting Donald Glover as Hannah’s boyfriend in the first episode of season two and then having Hannah say all the things during their breakup that critics had accused Dunham of thinking: Hannah claims that she had not thought about the fact that Donald Glover’s Sandy was black until he brought it up, and that she lives in a world without color. Sandy rightly points out that it’s insane to not think about him being black because that is his identity. The very dialogue proves that Dunham is not as naive as Hannah, and we shouldn’t assume she is. That plot point takes a certain degree of self-awareness.

Perhaps the even larger problem is that critics assume audiences are too dense to understand the difference between glorifying actions and critiquing them. After Wolf of Wall Street premiered last year, many complained that the film extolled doing drugs, having sex with prostitutes, degrading women and scamming people. But if you still thought Belfort and his colleagues were heroes after watching that woman shave her head for money or Jordan Belfort put his own daughter in danger after punching his wife in the gut, it’s not Martin Scorcese’s responsibility to teach you ethics. Similarly, we’re meant to cringe when Marty grabs his wife by the throat or beats up his mistress’ lover.

Is it ridiculous that boobs seem to show up in every episode of True Detective? Of course. But this is HBO. Whether it’s Lena Dunham or Game of Thrones prostitutes or that threesome in the first episode of Looking, someone is going to be naked. Women will continue to be objectified on TV. The solution to that is more women in writers’ rooms, not demanding a show like True Detective be something it’s not. After all, much more frustrating than the male-dominated True Detective writers’ room that simply ignores women is a writer who thinks he’s writing a nuanced portrayal of women then utterly fails (cough, Aaron Sorkin’s Newsroom, cough). 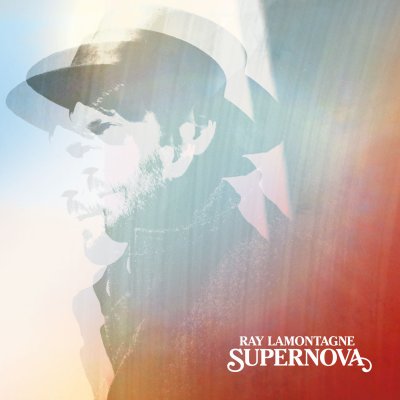