“After You’ve Gone,” the next-to-last episode of True Detective season one, largely leaves the past behind, in the structural sense. As it drives toward its endgame–and seemingly, at least, downloads a lot more information as to who was behind the ritual abuse-killings–it mostly takes place in 2012, leaving behind the series’ complex, time-skipping, flashback-and-interrogation structure. And yet, as it reunites a worse-for-wear Marty and Rust, “After You’ve Gone” is also loaded down with the past.

I’m going to keep the revelations about the case and my speculation on the whodunit here to a minimum, because I’ll inevitably guess wrong anyway, and you all can state your theories in the comments. But in brief: barring a dramatic switcheroo in the finale, the episode, combined with the previous one, seems to clear Rust of suspicion. He showed up at the recent crime scene because he’s still been working the case, and has found disturbing photo and video evidence that implicates the Tuttle family, suggests a law-enforcement coverup, and draws a tie to Rev. Tuttle’s statewide network of religious schools. We get more teases about the masked men (a connection to rural Louisiana Courir du Mardi Gras costuming) and a further hint at the Yellow King/Carcosa cult (“Death is not the end!”). Oh, and it involves the return of the Spaghetti Monster–the description, in the language of a terrified girl, of a man disfigured with facial scars.

But along the way, the episode also fills us in on where Rust and Marty have been since they split in 2002. The big surprise regarding Rust may be that, while Gilbough and Papania were correct that he was holding out on them, it was not that he was committing the murders but investigating them. (And, if we’re to believe what he tells Marty, he did go to Alaska, &c.) We’ve already thoroughly seen how time’s flat circle has left tire tracks down his back, as he’s spent the recent years crawling inside a Lone Star tallboy.

What we learn about where Marty’s been, though, diverges from the self he’s presented to the investigators in 2012. Yes, he’s left the force and gone P.I.–the result of seeing one gruesome child murder too many–but what we glimpse of him in the interim is not the swaggering “regular dude with a big-ass dick” but a lonely, tired guy, disconnected from his ex-wife and daughters, munching TV dinners and lurking on match.com in silence.

It is, in a way, a picture of dissipation worse than Rust’s physical wasting away; the Marty of the 2000s just seems like an inert, constipated ball of sadness. He hasn’t become a drinker–hasn’t even had a beer in three weeks, he says–but he’s been drinking from the cup of surrender for a while, it seems. If Rust has burned himself out by feeling everything too intensely (despite his claimed nihilism), Marty’s preferred poison is to try to avoid feeling too deeply–to be the “steady guy,” until it all boils over.

All of which goes toward answering the question: just why the hell would they partner up again after all this? Rust obviously needs Marty, but what does Marty need? (It’s not affection even if there may be respect; as Marty says, “If you were drowning, I’d throw you a fucking barbell.”) There’s the galvanizing video of Marie Fontenot’s rape–horrific, though we see nothing graphic–and it’s not the first time Marty’s been moved to sudden action by violence against a child. (Killing Reggie LaDoux after finding the dead boy; quitting his job after the baby in the microwave.) There’s Rust’s charge that he owes a “debt”–had he not executed Reggie, the killer might be put away. But I also wonder if there’s simply some element of wanting to face his past rather than escape it for once, to matter and to do something right. (To become–wait for it!–a True Detective.)

So Rust and Marty achieve some kind of middle-aged detente–Rust with his rat-tail stache and haunted eyes, Marty with his gut hanging over his golf pants. The upside for us is that after last week’s letdown of an hour, “After You’ve Gone” spends its time mainly with the two leads (and the only two well-developed characters in the series). It is still unclear exactly what Rust and Marty will find when they get to the rotting heart of this mystery–or whether Gilbough and Papania won’t get there first, having unwittingly come across Scarface in the last moments of the episode. We may have things left to learn about our protagonists before this story is over. I’m betting–hoping, maybe–that having so wholly embraced Rust’s perspective, True Detective will somehow upend that, rather than using him as the show’s Nietzschean Mary Sue to the end.

But it looks as if, one way or another, this story will end by advancing its timeline while confronting the sins of decades ago. Maybe you don’t dwell in the past. But the past still dwells in you.

Now for the hail of bullets:

* Week after week, I’m amazed at how the dialogue in this show can be well-turned and funny–“What’d you do, alienate every other person in your life and finally you came back to me in the rotation?”–then turn into pretentious Cormac McCarthy parody: “My life’s been a circle of violence and degradation as long as I can remember. I’m ready to tie it off.” Tumbleweeds should roll by in the foreground every time Rust utters aline like that.

* Hands up if you saw the “green-eared spaghetti monster” drawing working its way back into the story. (If “Spaghetti Monster” sounds familiar, by the way, it’s an atheist parody meme invented during a fight against the teaching of creationism in Kansas schools in 2005. I don’t think the use of the phrase is a clue, but it is a very particular phrase that I’ve heard often–and only in that context–so I wonder if it was at all in the back of Nic Pizzolatto’s mind as he was writing about the atheist Rust Cohle chasing a conspiracy that seems to tie back to pervy preacher Tuttle.)

* At this point Cary Joji Fukunaga’s directing almost goes without mention, but I loved how the final scene framed Scarface from the distance–as Gilbough and Papania saw him–with the glaring sun setting behind him, so that we saw his disfigurement only when the camera wheeled around him.

* And because this is a mystery, after all: so the threads tying the investigation to Tuttle and company, with an assist from the Louisiana political/law-enforcement community, suddenly seem to be coming together neatly. Too neatly? Any of you who saw evidence pointing toward Marty, or Rust, or Cthulhu, or anyone else–what’s your theory of the case now? 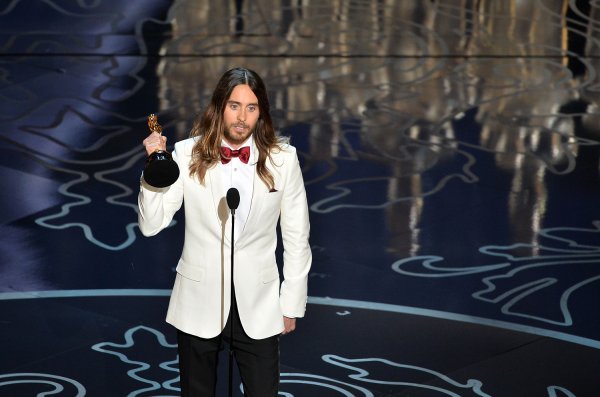