Apple has managed to rouse those of us in the tech press from the early-March doldrums by taking the wraps off CarPlay, the company’s in-vehicle iPhone interface that was revealed nine months or so earlier and simply named iOS in the Car.

BlackBerry news site N4BB managed to confirm with the spokesperson of a company called QNX that the CarPlay interface rests atop QNX’s widely-used “infotainment platform” – a fancy term for the thing with the screen in between you and your passenger that you poke at with your finger — the screen, not the passenger — to change the radio station. I suppose poking at your passenger might ultimately achieve the same result.

The fact that Apple’s in-car software is running atop a QNX platform would be less than newsworthy except for the fact that BlackBerry bought QNX back in 2010, and has used QNX technology as the basis for its ill-fated PlayBook tablet and the most recent version of its smartphone software, BlackBerry 10.

So, yes: Apple software is being powered by BlackBerry, in a sense. QNX has been the glue holding together many an in-car entertainment – sorry, infotainment – system for years and years now, so it’s likely this CarPlay interface would have been running atop it whether BlackBerry was in the picture or not. It could almost certainly run atop non-QNX systems as well for all we know.

In other scandalous news, the camera sensor in the iPhone is widely believed to be made by Sony, and the iPad, iPhone and MacBook Pro displays have come from the likes of Samsung and LG over the years. I know, right? It’s like learning that Santa Claus doesn’t… you know what? On second thought, I’m not going to spoil that one. 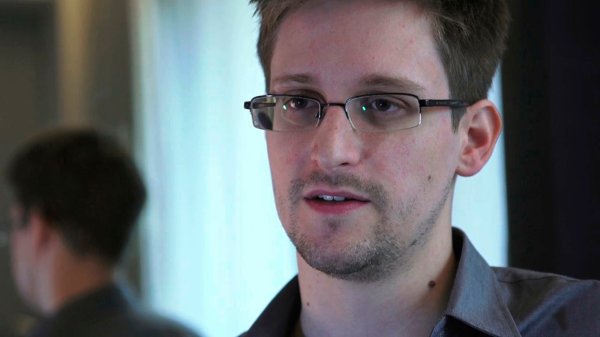 Snowden to Speak at Tech Summit
Next Up: Editor's Pick