There Is Nothing More Terrifying Than This Mosquito Tornado

Even if the premise of Sharknado came true, it would be nothing compared to this real life funnel cloud monstrosity made entirely out of mosquitos. It’s a MOSQUITONADO:

Photographer Ana Filipa Scarpa noticed this phenomenon while visiting Vila Franca de Xira, Portugal. Though it looked like a funnel cloud, she realized it was actually a swarm of moving insects.

“It was a very high funnel swinging to the left and to the right. I pointed my camera and began shooting before it hit me,” Scarpa told io9. “But the funnel did not move toward me — and I thought it was so strange — so I got into my car and started to drive towards it, and that’s when I realized it was a mosquito twister.”

As she got closer, some mosquitos actually entered her car. She estimated that the swarm extended about 1,000 feet high.

Well, have fun with your lifelong nightmares, everybody. 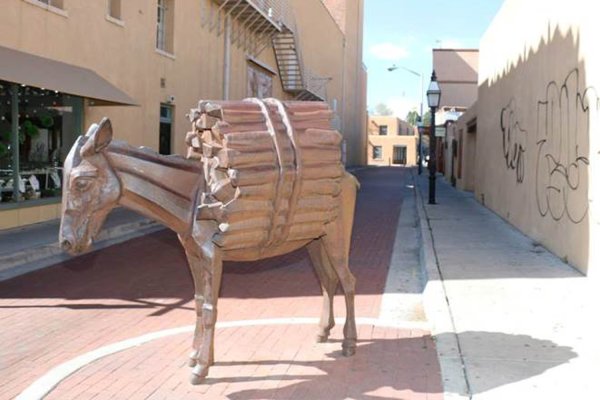 Santa Fe Plans to Pin the Tail on the Donkey (Sculpture)
Next Up: Editor's Pick