Feeling pressure to go on a date with someone all your friends told you was so cute? Just wait three days and your true feelings might be revealed. It turns out the influence of others may not have as big an impact on your decisions as psychological researchers previously thought, according to a new study published in Psychological Science. In fact, their opinion may only be impactful for a short period.

Researchers at Chinese universities asked men to rate the attractiveness of 280 female faces. After they rated each face, the study participants were shown the average ratings the rest of the experimental group gave the face. They were then asked to rate the same faces after one day, three days, one week or three months. The research team found that individuals’ initial judgments could be altered by others’ opinions in the first three days. After that, they stuck with their initial assessment.

“Our findings suggest that because the social-conformity effect lasts several days, it reflects a short-term change in privately held views rather than a transient public compliance,” the authors of the study said in a statement.

Obviously, peer pressure can be constant and doesn’t work in the limited, fleeting way tested in this experimental setting. Still, it’s good to know we are capable of making our own decisions independent of our friends — after a few days go by. 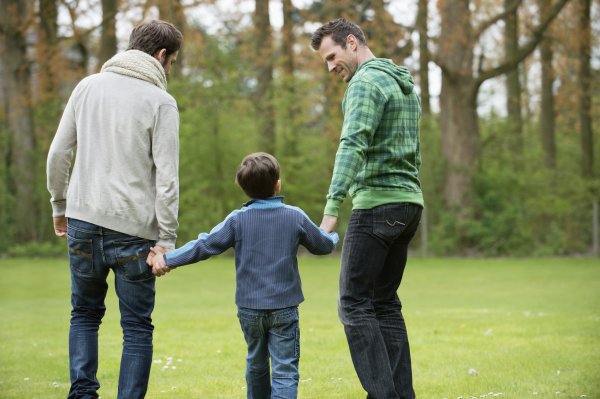 Brains of Gay and Straight Parents Adjust Alike
Next Up: Editor's Pick