Maya Angelou, the acclaimed poet, author and civil rights icon who wrote lyrically of her childhood in the Jim Crow south, died Wednesday morning. She was 86, and her death was confirmed by a family representative and by officials at the Winston-Salem mayor’s office in North Carolina, where she had been living.

Angelou had been honored with more than 50 awards, including the nation’s highest civilian honor, the Presidential Medal of Freedom, for her collected works of poetry, fiction and nonfiction, most notably her groundbreaking memoir, I Know Why the Caged Bird Sings, which made history as one of the first nonfiction best-sellers by an African-American woman.

President Barack Obama called her “one of the brightest lights of our time—a brilliant writer, a fierce friend, and a truly phenomenal woman.”

“With a kind word and a strong embrace, she had the ability to remind us that we are all God’s children; that we all have something to offer,” Obama said in a statement. “And while Maya’s day may be done, we take comfort in knowing that her song will continue, ‘flung up to heaven’— and we celebrate the dawn that Maya Angelou helped bring.”

Angelou had recently cancelled a scheduled appearance at the 2014 MLB Beacon Award Luncheon, where she was to be honored with the Beacon of Life Award, due to health problems.

“Her family is extremely grateful that her ascension was not belabored by a loss of acuity or comprehension,” a family representative posted on her Facebook page. “She lived a life as a teacher, activist, artist and human being. She was a warrior for equality, tolerance and peace. The family is extremely appreciative of the time we had with her and we know that she is looking down upon us with love.”

Not one to rest on her laurels, Angelou told TIME in 2013 that she was working on her 32nd book, one that she said was, “asking me to be better than I’ve ever been.”

Born on April 4, 1928 in St. Louis, Mo., Angelou lived an itinerant childhood traveling between her hometown and Stamps, Ariz., where she witnessed racial segregation first-hand, an experience that would later inform some of the more searing chapters of her books.

At age seven, Angelou testified in court against her mother’s boyfriend, who stood accused of raping her mother. Angelou was stunned into silence when she witnessed the man chased down by a mob and beaten to death.

“My seven-and-a-half-year-old logic deduced that my voice had killed him, so I stopped speaking for almost six years,” she said.

She emerged from the experience with a voice that was both lyrical and searing in its portrayal of race relations in America and always capable of grabbing headlines. When George Zimmerman was acquitted for the shooting of an unarmed young black teenager, Trayvon Martin, Angelou told TIME: “We are all harmed. We are all belittled, and we give to the rest of the world more ammunition to sneer at us.”

Angelou’s career spanned the globe, including stints as an editor in Egypt a and a music and drama school teacher in Ghana. Her career also extended beyond the page to the film set, the stage and the lectern. As a civil rights activist, she became friends with both Martin Luther King Jr. and Malcolm X. 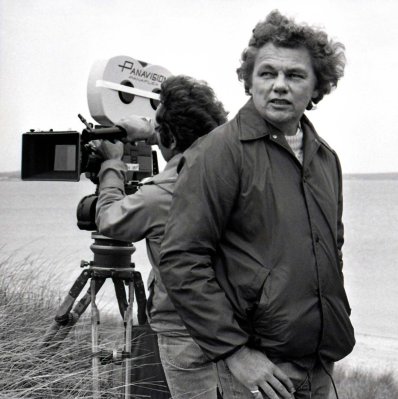 Gordon Willis
Next Up: Editor's Pick