How I Met Your Mother, Are You Trying to Kill Us?

Brief, but fairly major, spoilers for last night’s How I Met Your Mother follow:

Let me stipulate that I might be wrong about the ending of “Vesuvius,” that Ted and the Mother are upset about something other than that she, ten years in the future, is totally going to die of some very sad disease. I don’t think I’m wrong, though, because no other explanation I can come up with would explain the specific way Ted and Mom react after he asks what mother would miss her daughter’s wedding. So I’m assuming that How I Met Your Mother is going there–or, at minimum, wants to give us the impression that it’s going there, because I can’t imagine Carter and Bays would not know how the scene would play.

Either way, this seems like a big mistake. Not because it would make me sad, not (just) because this season has done such an excellent job introducing Cristin Milioti as a believable love interest. This is not about Carter and Bays having the obligation to give us a happy ending. Love stories end, life is bittersweet, and HIMYM has always been willing to confront that.

My problem is–and of course this is all contingent on how the finale plays out–it retroactively makes the series that led up to it nonsensical. If Ted and The Mother are alive and happy in 2030, it’s understandable, if a little eccentric, that he’s regaled his kids with eight years’ worth of stories about how he became the person who ultimately would fall in love with their mom. If she died young, though, why wouldn’t he spend 90% of his breath telling them about Slap Bets and Robin Sparkles videos rather than the stories he lived through with their dead mother?

HIMYM has never been afraid of bold shakeups, but this feels like a twist for its own sake, rather than one that actually makes sense in the context of the narrative and tone of the eight seasons that preceded the last one. (Could the show be setting up a 2030 second marriage for Ted and Robin, who some fans always wanted to end up together, an elaborate way of writing itself out of the “Aunt Robin” twist that ended the very first episode? In that case, the show may have sabotaged itself by introducing The Mother too well.)

Again, this all depends on how it plays in the final episodes, but it doesn’t feel right. Best case scenario, “Vesuvius” is screwing with us for the sake of some tension in a few episodes and a feel-good ending. Worst case, it’s whacking us with an emotional 2×4 that the series (which is told in retrospect, after all), has done nothing to prepare us for. This show lives and dies on its twists. I hope this one isn’t fatal. 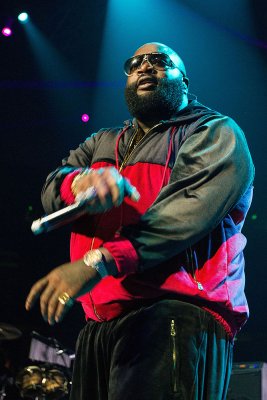