U.S. soldier walks along a ridgeline during a patrol up a mountainside near Forward Operating Base Shank on March 31, 2014 near Pul-e Alam, Afghanistan.
Scott Olson—Getty Images
By Nolan Feeney

The President said he would ask Congress to support the establishment of a Counterterrorism Partnerships Fund (CTPF) during a speech at the U.S. Military Academy at West Point.

“These resources will give us flexibility to fulfill different missions,” Obama said, “including training security forces in Yemen who have gone on the offensive against al Qaeda; supporting a multinational force to keep the peace in Somalia; working with European allies to train a functioning security force and border patrol in Libya; and facilitating French operations in Mali.”

The fund would add vital resources to help tackle fallout from the ongoing conflict in Syria, he said, where fighting between the regime of President Bashar Assad and opposition forces has attracted extremist Islamist groups seeking to take advantage of a power vacuum. “With the additional resources I’m announcing today, we will step up our efforts to support Syria’s neighbors—Jordan and Lebanon; Turkey and Iraq—as they host refugees, and confront terrorists working across Syrian borders,” Obama said.

The fund would allow the Department of Defense to improve and expand counterterrorism training, assist other countries’ efforts, and collaborate with the State Department to support stable governments around the world in their “efforts to counter violent extremism and terrorist ideology,” the White House said.

During television appearances on Wednesday morning, Secretary of State John Kerry defended Obama’s plans to reduce U.S. troop presence in Afghanistan by the end of the year.

While appearing on CBS This Morning, Kerry said that withdrawing from Afghanistan will allow the U.S. to devote more resources to fighting terrorism around the word. The nation’s foreign policy, he said, should be updated to reflect the “rapidly changing, more complex world where terrorism is the principal challenge.”

Kerry also told Good Morning America on ABC that the U.S. has “people on the ground” and is “working hand in hand with Nigerians” to recover the nearly 300 schoolgirls kidnapped in Nigeria by Islamic radicals. 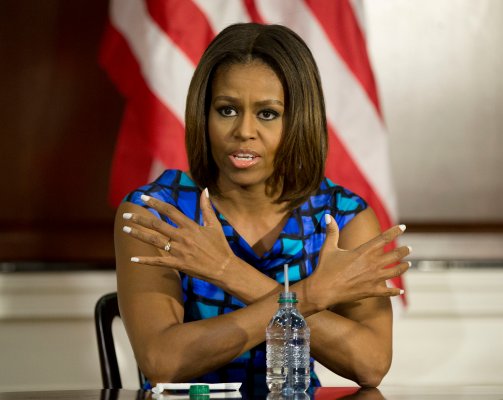