The United States announced Tuesday a massive aid package for Ukraine, including loan guarantees and technical assistance to as the country seeks to stabilize its fragile economy amid a tense standoff with Russia.

The announcement came as Secretary of State John Kerry landed in Kiev on his way to the capital city’s Maidan Square, where he was set to visit a a memorial to slain protestors before meeting with the new Ukrainian leadership at the Verkhovna Rada, the country’s parliament. Shortly after Kerry landed, NATO announced that a special council of Western and Russian diplomats will meet Wednesday to discuss the latest developments in Ukraine, the Associated Press reports.

With Russian troops occupying a vast swath of Ukraine’s eastern Crimea region in the wake of the popular uprising that toppled pro-Russian former President Viktor Yanukovich, the U.S. and other western powers are lining up to support the new government in Kiev. A senior Obama administration official told reporters on Kerry’s plane Tuesday Tuesday that “there’s a political crisis going on but there’s also a very dire financial situation.”

In addition to loan guarantees designed to compensate for lost Russian energy subsidies, the U.S. is “moving quickly to deploy a range of other financing and technical expertise, utilizing a whole-of-government approach to support Ukraine,” Treasury Secretary Jacob Lew said in a statement detailing the $1-billion aid package.

Officials believe tensions in Ukraine are likely to remain high in the near term, as there has been no sign Moscow intends to back down in the face of international pressure. “We still have a very real concern that the Russians may have other plans in the Ukraine,” a senior Obama administration official told reporters. “They may be planning other moves on Ukraine.”

-with reporting from Michael Crowley in Kiev 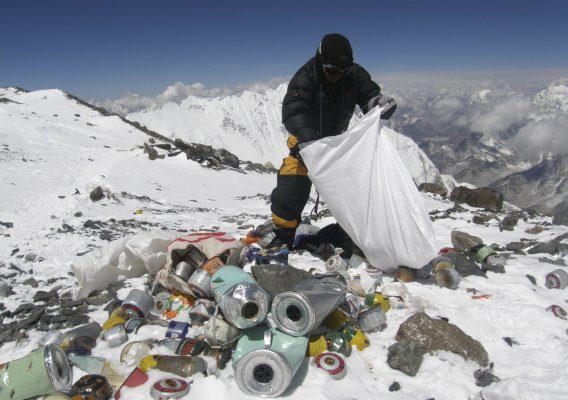 Nepal to Mount Everest Trekkers: Pick Up Your Trash
Next Up: Editor's Pick