Google popped the hood on what its much anticipated driverless car might look like on Tuesday, unveiling a prototype and taking volunteers for a ride in a vehicle without brakes, pedals — or a steering wheel.

The two-seat prototype was built with the assistance of car-parts suppliers from across the globe, and around a hundred will be manufactured. The speed of the vehicle is capped at 25 m.p.h. (40 km/h), and the spartan interior simply features seats, seatbelts, a screen to show the route and stop and start buttons. Onboard sensors can detect objects in any direction at a distance of more than two football fields away.

“Just imagine: you can take a trip downtown at lunchtime without a 20-minute buffer to find parking,” writes Chris Urmson, director of the Self-Driving Car Project, on Google’s official blog. “Seniors can keep their freedom even if they can’t keep their car keys. And drunk and distracted driving? History.”

Urmson said Google plans to run a pilot program in California within the next two years, if these prototypes perform well. 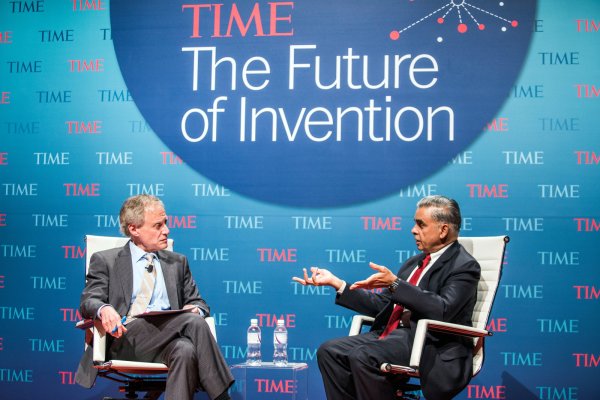 TIME/Qualcomm Panel Discussion: The Future of Invention from Singapore
Next Up: Editor's Pick