Top Libyan Journalist and Critic of Islamic Extremism Gunned Down

Journalists and others take part in a rally at Tripoli's Martyrs' Square on May 26, 2014
Mahmud Turkia—AFP / Getty
By Per Liljas

Meftah Bouzid, a prominent Libyan journalist and vocal critic of the country’s jihadists, was shot dead on Monday in the Islamist stronghold of Benghazi, generating a wave of condemnation from domestic and international rights organizations.

Bouzid had previously been the subject of death threats for his frequent condemnation of Islamic extremists, who since the 2011 revolution have carried out dozens of deadly attacks on prominent figures, officials, foreigners and the armed forces in Benghazi, AFP reports.

Hundreds of people attended the funeral of the slain editor of the weekly newspaper Burniq, as French-based media watchdog Reporters Without Borders (RSF) and the U.N. mission in Libya called for a prompt investigation into the shooting.

RSF urged “all civilian, military and political actors … to immediately end all attacks on civilians, including all journalists.” 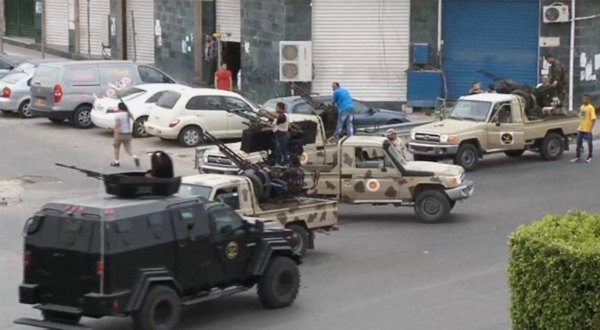