Pope Francis prays as he holds an envelope before placing it in one of the cracks between the stones of the Western Wall, the holiest place where Jews can pray, in Jerusalem on May 26, 2014
Andrew Medichini—AP
By Eliana Dockterman

Pope Francis announced on Monday that he would meet with a group of sex-abuse victims at the Vatican. He declared that there would now be a “zero tolerance” policy for any members of the clergy who sexually violate children. The Pope went on to reveal that three bishops are under investigation by the Vatican for abuse of children (or for aiding in the systemic cover-up).

The Pope has previously been criticized by victims of assault for not reaching out to them. He has spent time with those who have suffered, but not at the hands of the church. The Pope plans to meet with six victims early next month and attend Mass with them.

‘‘On this issue we must go forward, forward. Zero tolerance,’’ Francis said to a group of reporters as he returned from his trip to the Holy Land. He called abuse of children an “ugly” crime that betrays God, according to the Associated Press. 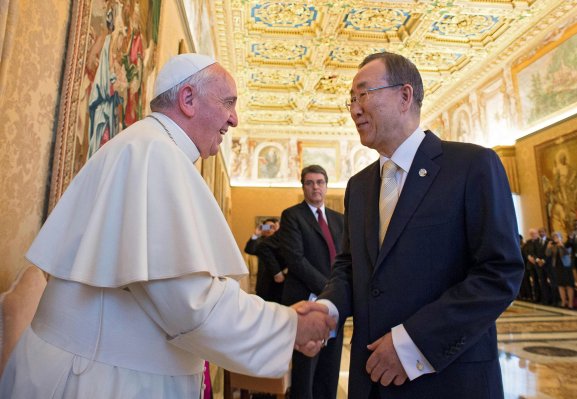 Pope to World Leaders: Spread the Wealth
Next Up: Editor's Pick