X-Men: Days of Future Past and the Elusive $100 Million Movie Opening

Cast member Hugh Jackman signs autographs for fans at the Southeast Asia premiere of X-Men: Days of Future Past in Singapore on May 14, 2014
Edgar Su—Reuters
By Richard Corliss

Jennifer Lawrence runs around in a skintight scaly blue suit, with matching blue face, occasionally morphing into a U.S. Army officer or a Vietnamese general. Along with his fingernail cutlery, Hugh Jackman sports veins that pop out of his arms like the 3-D detailing on a muscle car. Michael Fassbender and James McAvoy exchange meaningful glowers — while their older selves, played by Ian McKellen and Patrick Stewart, gaze at them from a half-century into the future with the indulgent perplexity of grandfathers watching a couple of crazy kids they can’t help loving.

These attractive folks are part of an all-cool cast that unites the stars of the first X-Men trilogy (2000–06) and the prequel series launched three summers ago with X-Men: First Class. That Marvel franchise fusion — plus a fabulous scene where superfast-mo Peter/Quicksilver (Evan Peters) zips around the Pentagon kitchen deflecting bullets, saving lives and pulling pranks to the tune of Jim Croce’s “Time in a Bottle” — should have been enough to cue a lemming rush to the multiplexes and make X-Men: Days of Future Past the first $100 million three-day weekend of 2014.

(MORE: The X-Men: Days of Future Past microsite)

Instead, director Bryan Singer’s freaks-and-geeks reunion earned “only” $91.4 million from its Thursday evening previews through Sunday. That’s a smaller haul than the $93.2 million amassed last weekend by the Godzilla remake or the $91.6 million for Marvel’s The Amazing Spider-Man 2 in early May. Add in the Memorial Day gross, and Days of Future Past will have a four-day estimated total of about $111 million, which puts it a mediocre 34th on the all-time four-day list, behind seven other Marvel movies.

Most humbling of all, the new X-Men movie couldn’t crack the $95 million tally for yet another Marvel sibling, Captain America: The Winter Soldier. That picture portrays a lesser entry from the comics company’s superhero stable — and Winter Soldier opened in April, an unlikely month for box-office behemoths.

All this firepower, and no $100 million three-day weekend yet. In the past decade of blockbuster action films, that has happened only twice: in 2009, when the first nine-figure movie was Transformers 2 in late June, at $109 million; and in 2011, when the finale of the Harry Potter films took in nearly $170 million in mid-July. Hollywood loves to play the numbers game, and $100 million — first achieved by the 2002 Spider-Man — has a nice, round glow and a luscious scent. To moguls with an expensive film to market, it smells like victory.

Of the 26 movies to score at least a $100 million three-day debut, 13 opened before Memorial Day, and 11 of those in May, which Hollywood considers the beginning of the summer season. By this time in 2007, three May releases — the third episodes of the original Spider-Man, Shrek and Pirates of the Caribbean franchises — had enjoyed $100 million-plus openings. In 2010, both Alice in Wonderland (in March) and Iron Man 2 (early May) had exceeded the magic figure. And in March of 2012, Lawrence’s The Hunger Games blasted out of the gate with $152.5 million, followed six weeks later by Marvel’s The Avengers, which set the current three-day record: $207.4 million.

(WATCH: Jennifer Lawrence as Raven/Mystique in Days of Future Past)

With higher ticket prices and familiar superheroes, why can’t this year’s movies open to a measly $100 million? Perhaps the heroes are too familiar: both of this month’s Marvel offerings, Spider-Man and X-Men, are recast recyclings of popular series that concluded a mere seven and eight years ago. Some viewers see these as the bus-and-truck versions of stories they loved not so long ago. And so they don’t see the new ones.

Aside from superhero fatigue, these audiences may also be suffering from Marvel overload. Marvel Entertainment is the canniest movie company around, with near-genius amalgamation of the creatures spawned in their comic books. But three Marvel movies in two months may be one of two too many. Didn’t Captain America just save the world in a fashion similar to that used by the X-Men to prevent a mad scientist (Peter Dinklage) from giving the ultimate weapon of a sentinel army to Richard Nixon? Is the movie world in danger of overpopulation by shape-shifters and twisted geniuses?

Whatever the explanation, there hasn’t been a $100-million weekend since The Hunger Games: Catching Fire opened last Thanksgiving. But in the long run, three days in a film’s North American release means less than what the movie earns in its entire run around the globe. With the Chinese market for Hollywood movies skyrocketing, even as domestic grosses stagnate, the new gold standard for blockbuster success is a $1 billion-dollar worldwide take. That exclusive club now has 18 members, including many — Titanic, Avatar and the new No. 5 all-time hit Frozen — that never has a $100-million weekend.

Worldwide, Days of Future Past is doing fine: $302 million since last Wednesday. e hope not. And in a month, the fourth Transformers opens. It’s the summer’s best bet for a $100-million weekend — and a billion-dollar worldwide bonanza. 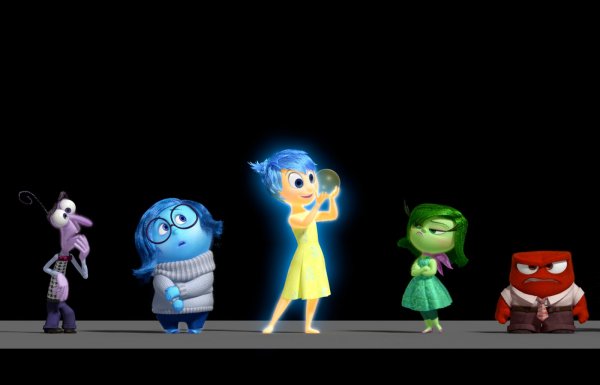 Pixar Previews Plot Details of Inside Out
Next Up: Editor's Pick