Federer, Serena Coast to Second Round in French Open After Nadal 'Snub'

Roger Federer smiles following victory in his men's singles match against Lukas Lacko of Slovakia on day one of the French Open at Roland Garros on May 25, 2014 in Paris.
Matthias Hangst—Getty Images
By David Stout

The French Open kicked off this weekend with a touch of controversy after returning champion Nadal was assigned to the secondary Suzanne Lenglen Court for his opening match rather than to center stage at the Philippe Chatrier court, which is the customary but apparently not mandatory venue.

Nadal is set to play his opening match on Monday afternoon.

On Sunday, the world’s number four player Roger Federer breezed into the second round of the competition after delivering a thrashing to Lukas Lacko in a 6-2, 6-4, 6-2 rout.

On the women’s side, returning 2013 champ Serena Williams got off to an equally convincing victory on Sunday with a 6-2, 6-1 win over 138th-ranked Alize Lim. 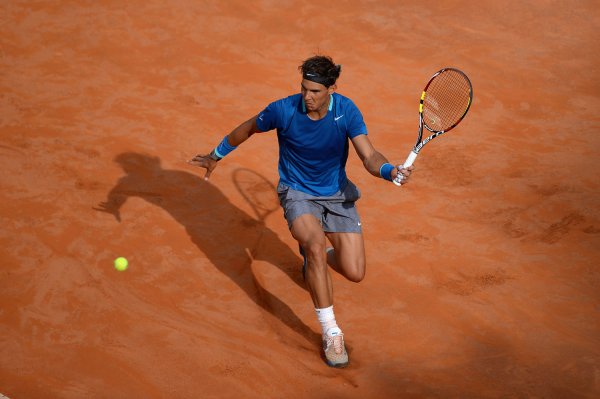 Everything You Need to Know About the French Open
Next Up: Editor's Pick