Last IDs Made in Calif. Killings

A student weeps during a candlelight vigil on May 24, 2014, for those affected by a killing spree in Isla Vista, on the University of California, Santa Barbara, campus
Robyn Beck—AFP/Getty Images
By Nolan Feeney

The Santa Barbara sheriff’s office Sunday said that authorities have identified three men found fatally stabbed in the California apartment of Elliot Rodger, according to the Associated Press.

The victims were 20-year-old Cheng Yuan Hong and 19-year-old George Chen — both from San Jose — and 20-year-old Weihan Wang of Fremont.

The three University of California at Santa Barbara students were the first victims of Friday night’s killing spree, in which police say Rodger fatally shot three others and then killed himself.

The suspected killer in a murderous rampage in Santa Barbara reportedly sent a detailed manifesto outlining his plans to his parents shortly before stabbing and shooting six people and taking his own life.

A friend of Rodger’s family told CNN that the 22-year-old emailed a 141-page document explaining his motives to a few dozen people, including his parents and a therapist.

In the document, Rodger referred to his plans as a “day of retribution,” when he would torture and kill “good-looking people” before launching a “war on women” to punish girls and women who he said had “starved [him] of sex.”

The manifesto also discussed his parents’ divorce and his unhappiness with his height. Rodger’s mother Li Chin received the email at 9:17 p.m. on the night of the shooting and immediately went to his YouTube page, where he had posted videos of himself setting out what he planned to do.

In a video titled “Elliot Rodger’s Retribution,” which has since been removed, Rodger promises to have “his revenge against humanity” — particularly the women who he claims were not attracted to him — after having suffered through “an existence of loneliness, rejection and unfulfilled desires.”

After watching the video, Rodger’s mother contacted Elliot’s father, The Hunger Games’ assistant director Peter Rodger, and called 911. The two began driving from Los Angeles to the Santa Barbara area and heard about the shooting along the way. Alan Shifman, the attorney for the family, said their son had been treated by multiple therapists.

Police suspect Rodger of killing three men in his apartment before going on a shooting spree that killed three more and injured 13 others near the University of California at Santa Barbara, the Associated Press reports. Rodger appeared to have then also killed himself.

Santa Barbara County Sheriff Bill Brown said multiple semiautomatic handguns and hundreds of rounds, which had been legally purchased, were later found in the car Rodger had driven during the shooting.

The document Rodger left reportedly sets out how police came to check on him following a concerned family member’s call to the authorities. The deputies left after determining that Rodger did not need to immediately go to a mental-health facility. In the document, Rodger expressed relief that the officers did not search his apartment and find his writings and weapons, which would have halted his plans for revenge.

Hundreds of people gathered at a vigil on Saturday at the University of California at Santa Barbara to remember the victims of the shooting rampage.

The killings ignited a social-media conversation about everyday misogyny, harassment and rape culture following the discovery of the suspected killer’s disturbing YouTube video about the women who rejected him.

The Twitter hashtag #YesAllWomen took off Saturday evening to criticize the culture that teaches young men like Rodger to feel entitled to women without regard to women’s well-being or safety. 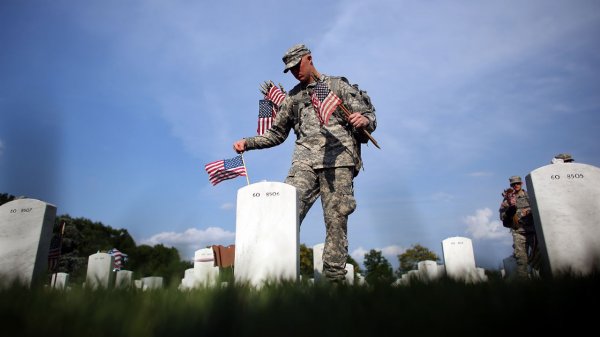 The Origins of Memorial Day
Next Up: Editor's Pick