Oscar Pistorius arrives in court ahead of his trial at the North Gauteng High Court in Pretoria Mar. 3, 2014
Reuters
By Michelle Arrouas

The murder trial of Oscar Pistorius commenced in South Africa’s Pretoria on Monday where the former Olympian plead not guilty to myriad charges being leveled against him, including murder.

The double-amputee athlete is accused of killing his girlfriend Reeva Steenkamp during in the early hours of February 14 last year. According to Pistorius’s account, he mistook his girlfriend for an intruder, while prosecutors insist he intentionally shot her after an argument.

The run-up to the trial has received massive media coverage in South Africa and the proceedings are being broadcast live. If convicted, the prosecutors have signaled that they would seek a life sentence. 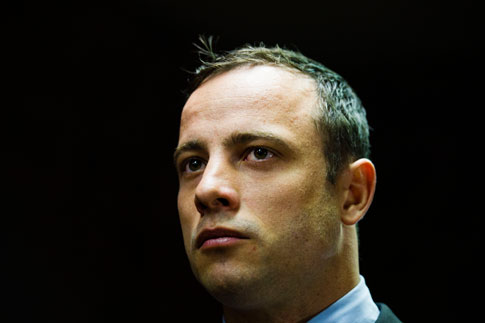 Oscar Pistorius Hires Dream Team Ahead of Murder Trial
Next Up: Editor's Pick