An Irrawaddy dolphin, also known as the Mekong dolphin, swims in the river at the Kampi village in Kratie province, 230 km (143 miles) northeast of Cambodia
Chor Sokunthea / Reuters
By Charlie Campbell

The majestic Mekong River stretches some 4,350 km from the Tibetan plateau to the South China Sea, carving through China’s Yunnan province, Burma, Laos, Thailand, Cambodia and Vietnam. Around 60 million people rely on Southeast Asia’s longest waterway for survival, but plans to build a hydropower station in southern Laos are threatening their livelihoods, and may also spell catastrophe for one of the world’s most mysterious creatures — the Irrawaddy Dolphin.

Only around 85 Irrawaddy dolphins — which are closely related to the killer whale and have a distinctive rounded snout — still exist in the Mekong, according to the World Wildlife Fund (WWF). They occupy a 190-km stretch near where the Lao government is planning to build the 260-megawatt Don Sahong dam.

“Plans to construct the Don Sahong dam in a channel immediately upstream from these dolphins will likely hasten their disappearance from the Mekong,” said WWF-Cambodia’s country director Chhith Sam Ath late February.

According to a WWF paper, construction will entail excavating millions of tons of rock using explosives, which will create strong sound waves that can kill dolphins. Increased boat traffic, polluted water and habitat degradation represent other major risks to the dolphins, which are already vulnerable to low calf survival and accidental entanglement in rubbish or fishing equipment.

Known as the 4,000 Islands, this stunning region also boasts the Khone Phapheng Waterfall, the largest cascades in Asia — a popular tourist draw along with the dolphins themselves. It’s here that the Mekong splits into multiple channels, and it is the largest of these, the Hou Sahong, which will be harnessed for the dam.

The Mekong is second only to the Amazon for biodiversity, being home to more than 1,200 different fish species. Some 80% to 90% of these use the Hou Sahong route to travel upstream; hindering their progress could decimate the world’s largest inland fishery.

“We view that impacts on fisheries will be significant,” said Le Duc Trung, Head of Vietnam delegation to the Mekong River Commision (MRC) in January. “It is not possible to [substitute] modified channels for upstream fish migration [for] the existing Hou Sahong.”

Harnessing hydropower potential is a major policy plinth for Laos’ communist government, which boasts ambitious plans for up to 60 dams and intends to turn the landlocked nation into the “battery of Southeast Asia,” according to Industry and Commerce Minister Nam Viyaketh. “We can sell our energy to our neighbors,” he said during a 2010 interview. “Laos can be rich.”

But critics insist the comparatively measly 260 megawatts proffered from Don Sahong does not justify the huge risks involved. (China’s Three Gorges Dam produced 70 times that amount in 2010.) “The benefits can be considered pretty small when you compare with the impact that this dam might have,” Pianporn Deetes, a local coordinator for the International Rivers NGO, tells TIME.

The WWF advocates exploring alternatives such as the Thako Project, which, Pianporn says, “could generate approximately the same amount of electricity as but at lower cost and with far less impacts as it does not involve building a barrier across any of the channels of the Mekong mainstream.”

The Mekong River Commission meets in Hanoi early next month and has agreed to take discussions to ministerial level. But even if objections are raised to the project, as is likely, there is no guarantee it will be halted. A larger dam in northern Laos, the Xayaburi, is already well under construction despite not receiving commission approval.

Indeed, “according to our field research there has not been any construction [at Don Sahong] yet but they are making preparations; for the bridge, for the access road and telling villagers to get ready to move,” says Pianporn.

Adds Gerry Ryan, technical adviser with WWF-Cambodia: “It is not too late to suspend the Don Sahong project and consider smarter alternatives. Building it will almost certainly cause the extirpation of their dolphins and threaten critical fisheries.” 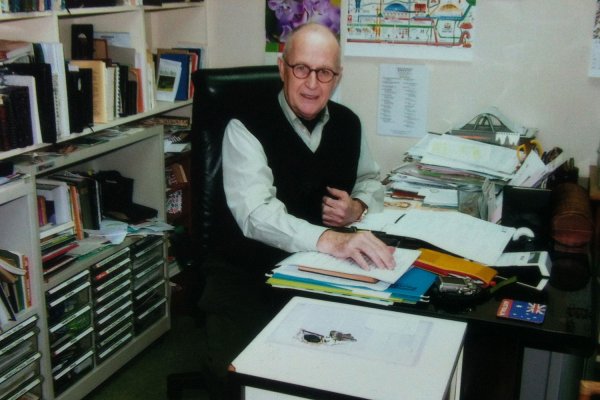