This Is Why Google Might Put 3D Space Sensors on Tablets

“Project Tango” is reportedly headed to tablets, as Google tries to sell developers on the idea of 3D tracking.

First revealed in February, Project Tango uses cameras, sensors and a special, low-power chip to detect its surroundings in three dimensions. Essentially, it’s a way to help computers see objects the same way we do–with a sense of space.

Although Project Tango originally launched on a prototype smartphone, Google now plans to produce roughly 4,000 prototype tablets and give them to developers, according to the Wall Street Journal‘s unnamed sources. Google is hoping developers will then create unique apps using Project Tango’s “advanced vision capabilities.” The devices could launch before the end of June.

So what’s Project Tango for? That’s the tricky part. Google hasn’t said much about why this technology is necessary, or how it would be commercialized, and there’s a sense that the company is just throwing it out there in hopes of finding some real-world solutions. “While we may believe we know where it may go, history suggests we should be humble in our opinions,” Google’s Project Tango website says.

Still, Google has offered a few possibilities: It could help people with vision impairments get around and avoid obstacles, and could highlight the exact item you’re looking at in a store. And already, a firm called Smart Picture Technologies aims to launch a suite of apps for professionals. For instance, an insurance company might use Project Tango to analyze crash scenes with a single picture, instead of having to stitch together multiple disparate ones.

But as I’ve written before, there’s even greater potential in moving beyond the smartphone to wearable devices. While it’s hard to imagine someone waving a smartphone around to find a can of soup at the grocery store, the same application would work well on Google Glass, with the correct item overlaid in augmented reality. Even the ability to tell how many people are around could be useful for a smartwatch, which should know when to show your notifications and when to keep them hidden.

At the same time, Project Tango may lend itself well to even larger, non-mobile devices. A self-driving car, for instance, would get plenty of use from 3D object tracking, so perhaps it’s no coincidence that Bosch, a major automotive parts supplier, is listed as a Project Tango partner. A smart thermostat like Nest (which is now owned by Google) could tell a crowded room from one with just a couple people in it, and adjust temperatures to keep everyone comfortable.

While it’s fun to think about the possibilities, there’s no indication of when Project Tango might be commercialized, how much it costs to include the technology and whether any large-scale hardware makers are interested. For now, Google’s just trying to prove the use cases for it by giving it to a bunch of developers.

So maybe that’s why tablets are the next step. Though it’s hard to see why you’d need 3D space tracking on a device that mainly lives on your coffee table, tablets tend to be cheaper than smartphones. They could be a more cost-efficient way to seed a developer base, even if they’re the least useful place for the technology to be. 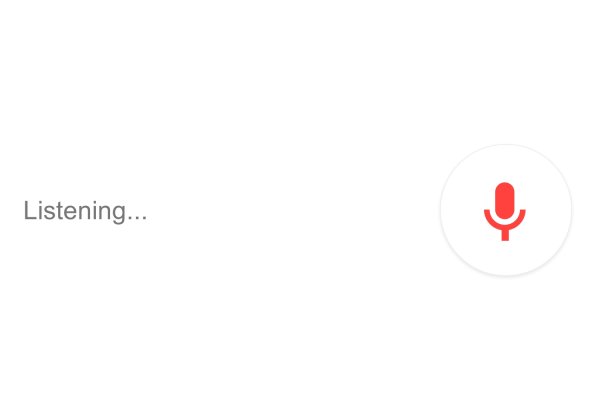 You Can Now Talk to Google on Your Computer
Next Up: Editor's Pick