I’ve posted a ton of research about how conscientiousness may be the most important personality trait out there.

What’s conscientiousness? Having your act together. Neat and tidy. Organized and on time.

Success, health, happy marriages – they’re all tied to it.

Which can be really depressing because, frankly, I’m not all that conscientious.

But this begs the question: are there benefits to not being conscientious?

Yes, as a matter of fact, there are.

My Spaghetti Abilities Are Unstoppable

Groups get 20 pieces of spaghetti, tape, some string and a marshmallow.

The group that creates the tallest freestanding structure that will support the marshmallow’s weight within 18 minutes, wins.

Did tons of planning help? Nope.

You know who outperformed everyone?

Who crushed the engineers and decimated the MBA students?

Conscientiousness correlates with a lot of good things — butcreativity isn’t one of them.

In fact, people with attention deficit disorder are more creative.

There are not many best practices for constructing freestanding spaghetti structures. No planning was going to help here.

What was the kindergarteners secret?

They just jumped in. They started failing immediately — and learning quickly.

Via The Up Side of Down: Why Failing Well Is the Key to Success:

This also works for people over four feet tall. Like you.

All Geniuses Use The Same System

All creative people arrive at greatness by the same system: trial and error. Prototype and test. Just like the kindergarteners.

How does Chris Rock create great comedy? By bombing repeatedly onstage to see what works before he goes on TV.

And that’s exactly what Skillman found. Multiple iterations win in the end.

Via The Up Side of Down: Why Failing Well Is the Key to Success:

If I read one more article about how companies can’t innovate I’m going to throw up.

You can’t be risk-averse, prone to punishing failure and expect creativity.

In his acclaimed bestseller The Lean Startup Eric Ries makes it very clear:

I’ve seen this myself.

When I was writing in Hollywood no one ever told me “Don’t make mistakes.” They told me to make my mistakes early.

One very successful writer told me: “Every writer has three bad screenplays in them. Get those out of the way as quickly as possible.”

Failing Is Dangerous — Here’s How To Do It Right

There are very good reasons to be afraid of failure. You can look stupid. You can get fired.

There’s a reason why conscientiousness is prized, but it’s an inherently conservative strategy.

How do you bridge the gap and fail well so you can be creative and improve? Here are 3 tips:

Baby steps. Test theories with experiments that aren’t too expensive or risky.

Via Little Bets: How Breakthrough Ideas Emerge from Small Discoveries:

2) Give your ideas time

Many of the greats used notebooks to let their ideas evolve and grow until they were perfect. Eureka moments are a myth.

A great idea comes into the world by drips and drabs, false starts, and rough sketches.

Via Zig Zag: The Surprising Path to Greater Creativity:

3) Hide From The Boss

When you’re testing, avoid situations where you’ll be judged. They can be paralyzing.

As Stanford professors Jeffrey Pfeffer and Bob Sutton point out, bosses hurt creativity because no one wants to fail in front of the boss.

How To Get Started

What if you’ve had that whipped out of you by years of schooling and performance reviews? Where do you start? How do you get a little of it back?

All you need to do is remember who ruled at the spaghetti experiment: Children.

Research shows that merely pretending to be a child again increases creativity:

When you need a breakthrough, when planning and preparation won’t help — it’s time to act like a kid again. 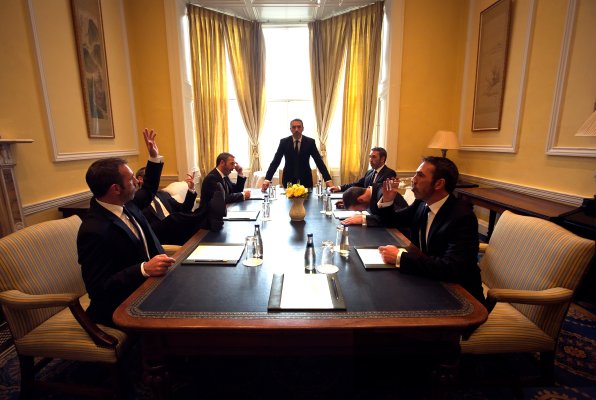 Strategic Leadership: How to Avoid the Most Common Error Leaders Make
Next Up: Editor's Pick