Amazon Is Cracking Down on Book Publisher, Say Critics

Amazon appears to be trying to pressure a book publisher into agreeing to more favorable terms for the online retail giant by refusing to offer pre-orders of some of the publisher’s titles. Books for which Amazon is no longer taking orders include a new novel by J.K. Rowling and the paperback version of “The Everything Store,” an inside look at the operations of Amazon.

Both titles and others no longer available on Amazon are published by Hachette, a New York-based publisher that is negotiating e-book rates with the online retailer. Hachette has argued Amazon has already used other tactics to punish it for not offering better terms, such as taking weeks to ship the publisher’s books and recommending books from other publishers for customers to buy. Amazon did not immediately respond to a request for comment.

The retailer has been tough with publishers in the past. In 2010, Amazon removed the “Buy” button from all books published by Macmillan reportedly because the company wanted to charge higher prices than others for its titles on the Kindle.

Though some authors have complained that Amazon’s massive size gives it unfair influence over the publishing industry, Amazon has generally benefitted from antitrust investigations of the book industry in the past. For instance, five major publishers, including Hachette, reached a settlement with the Department of Justice following accusations that they colluded with Apple to raise the price of e-books, largely in response to Amazon’s low prices. The publishers have been forced to offer customers more than $100 million in refunds. 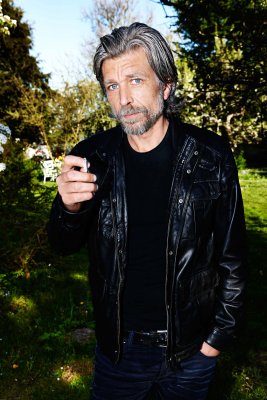 Norway's Proust
Next Up: Editor's Pick