Many moviegoers first got to know James McAvoy as the romantic lead in 2007’s Atonement, but his more recent roles haven’t exactly been the type to inspire swooning. Case in point: this month, McAvoy appears as two very different but not-quite-friendly characters: the younger Professor Charles Xavier in X-Men: Days of Future Past, out May 23 — a major good guy in the superhero world, but in a dark place when the movie finds him — and a corrupt junkie cop at the center of Filth, out May 30.

McAvoy recently spoke to TIME about what guys like Professor X and Filth‘s antihero have in common. The answer: in his own way, each is suffering from some major mental-health issues.

That said, McAvoy adds that he’d be happy to only play one type of role for the rest of his life, as long as he gets to work…with one exception. On Filth, he got his first producer credit, and he says that while he loved working on the project — and has even more respect for producers than he did before — having the extra title ended up being a huge amount of work.

“I got my first taste of what it’s like to be a producer, and it’s a pain in the ass,” he says. “I don’t think I’d do it again. Producers do everything. They make sure the lights are on in the building when you go in at 6:00 a.m. They make sure that the teamsters are getting paid. From the mundane trivialities to the biggest decisions, they are there, and they lose sleep over everything. I wouldn’t want to be a producer. No way.”

But that’s not to say that he only wants to stay in front of the camera from now on. “I’d direct,” he says, “but I’d make sure I had a rock-solid producer beside me.” 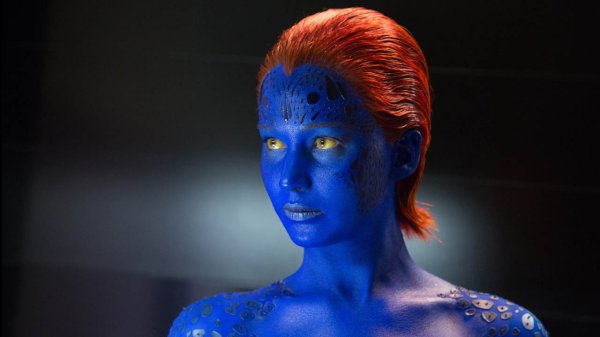