9 Standout Legislators Among the Most Unproductive Congress in History

Current members of Congress have passed only 104 bills and resolutions into law so far, which gives the nation’s elected leaders until Jan 3, 2015 (when the current session ends) to pass 180 new pieces of legislation just to be on par with the 112th Congress—the current record holder for least productive congress ever.

While gridlock and inter-party polarity may keep bills from turning into law, it hasn’t kept legislators from sponsoring new ones. They’ve introduced 8,327 bills and resolutions so far, putting them on pace to reach about 11,750 by the end of the session.

But not all congresspeople contribute equally to this tally. The most noteworthy members have sponsored between 69 and 78 bills this session.

Leading the 535 member pack is Senator Robert Menendez. Although he’s Chairman of the Senate Committee on Foreign Relations (those who hold leadership positions are often the ones to sponsor bills), only 30 of his 78 bills have involved international affairs. His other 48 span 14 categories from health, to taxation, education, and animals.

Only Senator Menendez makes it into the graph below of the top five congresspeople to have their bills signed into law.

Although Representative Harold Rogers has sponsored fewer bills than Senator Menendez, he’s had more of his—five out of 14—signed into law. As the Chair of the House Committee on Appropriations, four of these have involved appropriations bills within his domain. But like Senator Menendez, he’s sponsored legislation in a wide variety of categories.

Of the rest on the list, two are also chairmen, Senators Leahy and Menendez.

Some of the more ineffective members of congress may want to ask the remaining two—D.C. Delegate Eleanor Holmes Norton and Representative Mike Coffman—about their secret to getting bills passed outside of a leadership role. 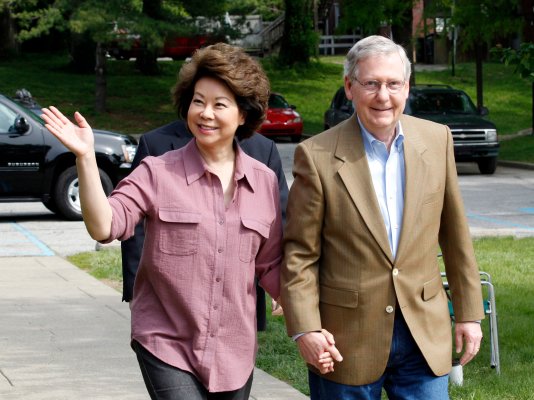 McConnell: Senate Would Be Friendlier If I Ran It
Next Up: Editor's Pick