Thailand Is Doing a Great Job of Screwing Up Its Potential

An antigovernment demonstrator cries before she leaves a protest site after soldiers staged a coup in Bangkok on Thursday, May 22, 2014.
Sakchai Lalit—ASSOCIATED PRESS
By Michael Schuman

For more than a half year now, Thailand has been gripped by chaos. Protesters from both sides of the political spectrum — the antigovernment Yellow Shirts and progovernment Red Shirts — have clogged the streets of Bangkok. The country’s highest court ousted the still widely popular Prime Minister, Yingluck Shinawatra. And, on Thursday, the military took control of the government.

The past six months of factional violence have seen some 28 deaths and 700 injuries. But there have been even wider casualties of another sort. The turmoil is sapping the nation’s economic strength, and everyone is hurting.

Months of uncertainty and effectively no functioning government have taken a toll on Thailand’s economy. GDP in the first quarter contracted by 2.1%. Investment, consumption and government spending were all down. Some $15 billion of fresh investment projects are on hold. Foreign tourists, a key source of jobs and income for many Thais, are being scared off.

Without a return to political stability, the situation may not improve. Research firm Capital Economics slashed its GDP forecast for 2014 to a mere 1% this week. Though the military’s intervention could prevent further violence, the outlook for Thailand’s political situation remains anything but clear.

“The military’s seizure of power does nothing for Thailand’s reputation among global investors or, indeed, tourists,” lamented Mark Williams, Capital’s chief Asia economist.

Thailand is representative of an alarming trend: politics are undermining the economic prospects of some promising emerging nations. Only a couple of years ago, the developing world seemed set to swamp the developed one. While the U.S. and Europe suffered through the fallout from the 2008 financial crisis, emerging economies like China, India, Brazil and Indonesia surged from strength to strength. But not anymore. The performance of the emerging world has tapered off. The IMF recently downgraded its forecast for growth in developing economies to 4.9% in 2014.

There are many reasons behind the slowdown. After years of rapid expansion, some economies have developed serious flaws that are dragging them down. In China, for instance, a distorted financial sector, rising debt and excess capacity are all weighing on growth. But politics are making matters much worse. Vietnam’s government has been left pleading this week with foreign companies to maintain their operations in the country after many factories were damaged in anti-China riots, sparked by a territorial dispute in the South China Sea. Without such foreign investment, Hanoi will have a harder time creating jobs and raising incomes. Russia’s aggressive designs on Ukraine have forced the U.S. and Europe to slap sanctions on the country, threatening to scare off much-needed investment in an economy already struggling with feeble growth. In Egypt, constant political upheaval since the start of the Arab Spring in 2011 has undermined growth, gutted the important tourism sector and left the government dependent on foreign aid.

The causes of all this upheaval are many, and in some cases, quite honorable — such as the quest of Egyptians for their proper democratic rights. Yet ultimately the fallout is the same. Businessmen won’t invest in startups or factories that spur growth and create jobs without security, confidence and clear policy direction. A paralyzed government like Thailand’s can’t provide any of that, while the significant geopolitical risk created by a regime like Russia’s often convinces executives to place their capital elsewhere.

For the poor, this is bad news. There has always been a link between good governance and accelerated development in the emerging world. Periods of exceptionally high economic growth in less-developed nations are often associated with periods of political stability and sound macroeconomic management. Sadly, too often that stability has been enforced by coercion — as in China. As the 25th anniversary of the crackdown on protesters in Tiananmen Square approaches in June, Beijing’s leaders still believe economic reform can only be achieved under an unreformed political system. Yet democracies have proved that they, too, can deliver the economic goods. India, Indonesia and, increasingly, the Philippines have shown that when democratic leaders display political will, build consensus and implement smart policies, they can generate growth rates that match the best produced by the toughest dictatorships.

The point is that the governments that have successfully raised incomes tend to put economics ahead of politics. But both democrats and autocrats are guilty of doing the opposite these days. Putin clearly possesses the power to implement much-needed reforms, but he’s chosen to pursue the foreign adventures that could undermine the economy rather than the foreign investment that could bolster the nation’s growth. The sad story of India over the past three years has been a government led by economic reformers that got too caught up in coalition politics and too divided on the direction of policy to press ahead with key reforms.

This week brought some hope that at least some political gridlock can be broken. The landslide election in India of a coalition led by the Bharatiya Janata Party has raised expectations that incoming Prime Minister Narendra Modi will be able to press through badly needed liberalization and restart India’s economic miracle. But such hopes can be dashed in a flash. In Bangkok, there had been optimism that the military would broker a settlement between the opposing Yellow and Red Shirts — then the coup squashed that hope.

The danger to the developing world is that its leaders will continue to place their narrow interests over the greater goal of economic progress. Improving the welfare of the common man is hard enough. Politicians shouldn’t spend their time making it even harder. 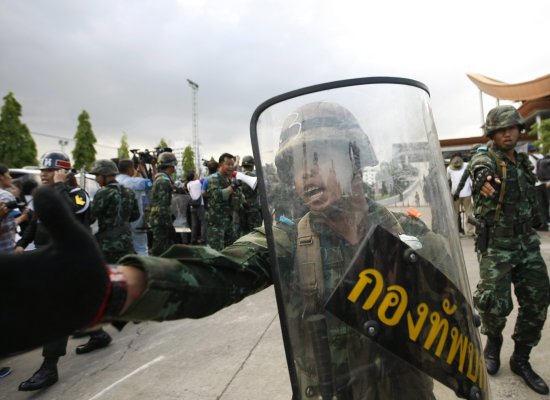