As Pope Francis heads to the Holy Land this weekend to mark the fiftieth anniversary of Paul VI’s historic 1964 trip, he does so amidst increasing violence against the dwindling Christian population in the region.

There are even growing concerns for the pope’s safety himself after news emerged earlier this month that Jewish extremists graffitied Vatican-owned property with vitriolic taunts, including “Death to Arabs and Christians and all those who hate Israel!”

It’s clear that Francis’s trip offers a chance to lift up the realities of persecution and violence against Christians in the region. But it also provides the world an opportunity to more fully grasp what Boston Globe religion reporter John Allen calls the “global war on Christians.”

It seems that popular culture in the West is only nominally aware of this global epidemic. According to the Vatican, over 100,000 Christians are murdered by some relation to their faith every year. And just last week, a Sudanese woman was sentenced to death for marrying a Christian.

To be fair, Western media does cover these individual events, particularly if a large number of people are killed. But they have yet to cover in depth the generalized mayhem and violence against the Christian people globally. The violence goes beyond the Middle East. Christian persecution is just as prominent in India, Indonesia and Kenya among other nations. It’s hard to imagine how we can be so silent and indifferent in the face of such global violence against vulnerable populations.

Francis has spoken out loudly on this issue before. On December 26th—the Feast of St. Stephen, the first Christian martyr—Francis lambasted countries that allow violence against religious minorities to flourish in their borders. But he also reminded the faithful that in martyrdom “violence is conquered by love, death by life.”

This witness of martyrdom is indeed powerful. It shows that there are things indeed worth dying for. But that witness is only powerful if it is known. In his papacy, Francis has been able to shift the media focus on the forgotten people of the world, particularly immigrants, the poor, the young, the elderly and the sick. This week, he’ll turn the media’s attentions towards another group: those who are persecuted for their faith.

Let’s hope the West is affected by his message and awakens to the uncomfortable reality that it is actually Christians who are the most persecuted group in contemporary society.

Christopher Hale is a senior fellow at Catholics in Alliance for the Common Good. He helped lead national Catholic outreach for President Obama’s re-election campaign. You can follow him on Twitter@chrisjollyhale. 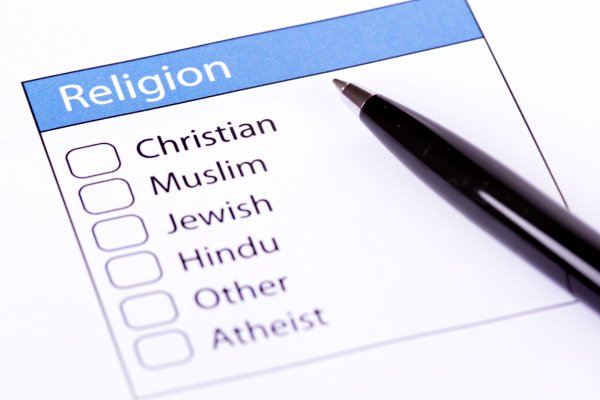 Even an Increasingly Godless America Doesn't Trust an Atheist to Run the Country
Next Up: Editor's Pick