Photos taken by the National Aeronautics and Space Administration’s Mars Reconnaissance Orbiter have revealed a fresh crater “half the size of a football field,” on the surface of Earth’s galactic neighbor, NASA said Thursday.

From left: An image taken on Jan. 16, 2012 compared with the image taken on April 6, 2014 confirms that two adjacent fresh craters appeared during that interval.
NASA/JPL-Caltech/MSSS

The shadowy shape evidently caught scientist Bruce Cantor off guard two months ago. Cantor is in charge of observing Mars weather patterns, and said in a statement that when he investigated older photos of the same place, he was able to determine that the crater first appeared on March 28, 2012. 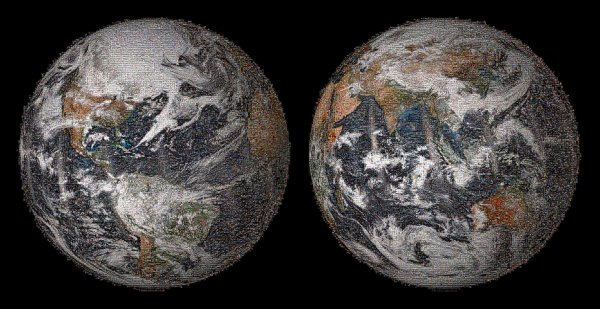